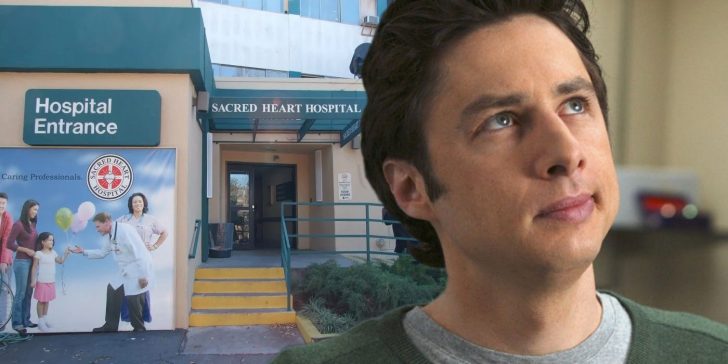 Scrubs is primarily remembered as an excellent comedy series, but two key aspects of its production made it equally competent as a medical drama.

Though primarily billed as a comedy series, Scrubs used two specific details to make its stories more authentic in multiple ways. Despite Scrubs’ run having ended after the cancellation of season 9 in 2010, the show lives on as one of the best-loved comedy series of all time. Scrubs’ unique blend of emotional medical drama with wacky comedy and larger-than-life characters with touching narrative arcs have cemented its status as one of the most well-regarded comedy series of all time—with the exception of Scrubs season 9’s failure, that is.

Scrubs primarily concerns the life of Doctor John “J.D.” Dorian as he navigates his competitive and complicated career at Sacred Heart Hospital. Supporting characters include J.D.’s best friend, Chris Turk and his wife Carla, J.D.’s love interest (and later wife) Elliot Reid, his mentor Dr. Cox, and an unnamed and impossibly antagonistic Janitor. Through these characters and their group and individual dynamics, Scrubs gleaned eight seasons of excellent comedy. However, it also touched on the more complex emotional side of the medical profession, making its dramatic storylines equally as competent as its comedic ones.

Two specific details helped to elevate Scrubs beyond its comedic ideas by lending it an added medical authenticity. From Scrubs’ perfect season 1 comedy pilot, it was clear that the show intended to tell touching emotional stories, something which it delivered repeatedly throughout its run. This was achieved through its realistic portrayal of the medical profession – something that series creator Bill Lawrence ensured by basing his characters on real doctors and then hiring them as advisors for the show. In addition, Scrubs was filmed in a real hospital, just to add another layer to its believability.

Lawrence’s personal friend Jonathan Doris served as the inspiration for J.D.—with his wife, Dolly Klock—was the inspiration for Elliot. The two are real-life doctors, and they worked as the show’s main medical advisors, using their own personalities and experiences to help inform Scrubs’ main characters. In addition, Turk’s name was borrowed from another of the show’s medical advisors, Dr. Jon Turk, meaning that three of Scrubs’ main characters were based heavily on real doctors and their own career experiences. Lawrence even claims that every medical story on the show was real, with only the patients’ names changed. Scrubs’ writers would interview different doctors every year and use their stories to inform the show’s own narrative.

The other aspect that added a subtle layer to Scrubs’ authenticity was that it was filmed in a real hospital. The North Hollywood Medical Center was a functional Los Angeles hospital from 1952 to 1998. It was Scrubs’ primary filming location until 2008, with only Scrubs’ season 9 spin-off filmed elsewhere. This added an extra layer of plausibility to Scrubs, securing the show’s realistic depiction of the medical profession in almost every way. Though Scrubs will primarily be remembered for its excellent comedic aspect, its medical drama was directly informed by real doctors and their genuine experiences, brought to life in an actual hospital, and that made it so much more than just a comedy series.

Next: Scrubs & Malcolm In The Middle Shared Universe – Theory Explained

Niall Gray is a features writer for Screen Rant covering just about every film- or TV-related topic he’s loosed upon. When he’s not busy putting words together in various places for various reasons, Niall can usually be found filling his brain with an endless stream of pop culture trivia, teaching children to box, or simply hiding with his nose in a book.