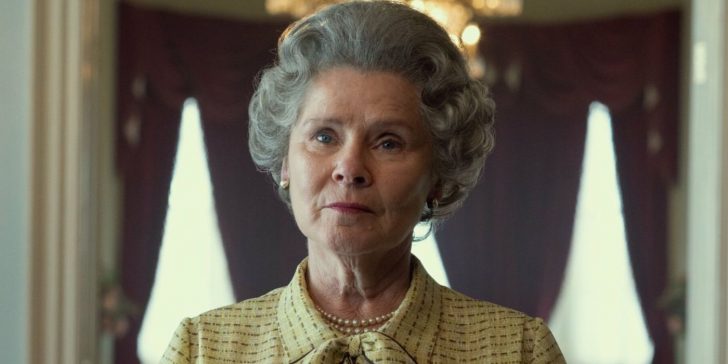 Over 350 props from The Crown season 5 – estimated to be worth over $200,000 – have been stolen while filming on the Netflix series took place nearby.

Over $200,000 worth of antique props have been stolen from the set of The Crown season 5, and Netflix is calling for them to be recovered. Right now, The Crown is coming off its most celebrated season yet. The Netflix drama swept at the Emmys in 2021, earning every major award in its category. The Crown season 4 introduced two major historical figures in Margaret Thatcher (Gillian Anderson) and Princess Diana (Emma Corrin), and that helped shine a much brighter spotlight on the already-acclaimed series.

Now, the stakes appear to be higher than ever for season 5. Much like before, The Crown will see a major cast change as the series enters the 1990s. Imelda Staunton will step into the role of Queen Elizabeth, taking over from Emmy winner Olivia Colman. Jonathan Pryce, Lesley Manville, and Dominic West take on the key roles of Prince Philip, Princess Margaret, and Prince Charles, respectively. Meanwhile, The Crown will welcome Elizabeth Debicki as Princess Diana; the show is now shifting into an even more complicated time for the beloved public figure, and there’s much interest in seeing how it will handle certain events.

Related: The Crown Season 5 Is A Political Minefield For Netflix

Before audiences get to lay their eyes on the continuing stories of The Crown, though, Netflix must contend with a surprise obstacle. Per Variety, over 350 antique props – estimated to be worth over $200,000 – have been stolen from the Crown set. Production was taking place close by in Yorkshire when the items were taken from a lorry park in Mexborough; South Yorkshire police are investigating. Among the props stolen were a replica Fabergé egg, a grandfather clock clockface, a dressing table, crystal glassware, and silver and gold candelabras. Netflix said in a statement:

“We can confirm the antiques have been stolen and we hope that they are found and returned safely. Replacements will be sourced, there is no expectation that filming will be held up.”

This is an unexpected turn for The Crown season 5, which has been in production since last summer. It’s said that filming won’t be affected by this, though Netflix still wishes to recover every prop since they hold some value to the film industry. It isn’t clear if the police have any leads at this moment. Still, should there be any major developments, Netflix will likely be quick to confirm as much.

The good news is that this likely won’t result in a delay of the season 5 premiere. Audiences have been waiting since November 2020 for the return of The Crown, and because of the immense success of season 4, the odds are good that this will be the series’ most anticipated run yet. Netflix has so far released a few pictures of those like Staunton and Debicki in character, but little else has been revealed of The Crown season 5. It is still on track to premiere sometime this year, so fans better stay tuned for additional updates in the coming months.

More: The Crown Season 5: Every Major True Storyline To Expect