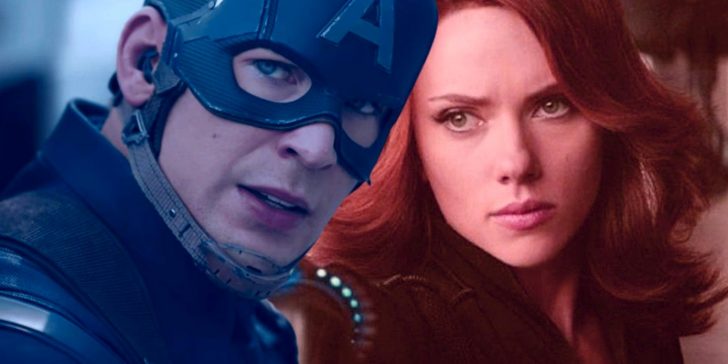 Captain America: Civil War was supposed to feature a fight between Steve Rogers and Black Widow, but the footage ended up on the cutting room floor.

Captain America: Civil War originally featured a fight between Steve Rogers and Black Widow that was filmed but never made it into the movie’s final cut. Civil War sees Chris Evans’ Cap clashing with Robert Downey Jr.’s Tony Stark/Iron Man over an ethical quandary when a botched Avengers mission leads to the loss of civilian lives. Factions are formed and moral lines are drawn as the Earth’s Mightiest Heroes choose between registering with the world’s governments or retiring.

On opposite sides of those lines are Captain America and Scarlett Johansson’s Natasha Romanov/Black Widow. Cap is staunchly opposed to the prospect of being a team of government puppets, while Natasha argues that they’d at least still be able to do some good by accepting the terms. The friction between the pro and anti-registration camps eventually escalates into an all-out brawl at a German airport that pits Avenger against Avenger. Black Widow begins the fight on Tony’s pro-registration side, however, as the chaos dies down, she has a change of heart and helps Steve escape. But apparently the two were originally supposed to go toe-to-toe first.

Related: Black Widow Was The Only Civil War Avenger Who Was Right (Not Cap Or Iron Man)

In a video posted to the Corridor Crew YouTube channel, James Young, who has worked in Marvel Studios’ stunt department since Captain America: Winter Soldier, says Cap and Black Widow were originally supposed to face off during the epic scene. Young explained that, while conceptualizing the fight, he and his team came up with a list of hundreds of scenarios in which the different heroes could conceivably face off one-on-one against each other. One of those pairings was between Nat and Cap. According to Young, they actually shot the fight, which was set on the airport’s roof, but it didn’t make the final cut. He didn’t offer any explanation as to why.

From the sound of it, there could have been any number of match-ups in the sequence as Young says the filmmakers were frequently changing set pieces on the fly. However, he doesn’t mention any other fights that ended up on the cutting room floor. To see an actual throwdown between the two founding Avengers would have been interesting as Nat has been one of Steve’s closest allies for almost as long as he’s been unfrozen. Regardless of who won, it surely would have been an emotional affair.

With Natasha dead and Steve now a senior citizen, it’s unlikely fans will ever get to see the fight that was meant to be. However, with Doctor Strange in the Multiverse of Madness looking like it’s going to majorly shake up the MCU’s status quo, really anything is possible at this point. If three Spider-Men can co-exist, there’s no reason young, alive versions of both characters couldn’t be reintroduced. But until that happens, audiences can only imagine what their brawl would have looked like in Captain America: Civil War.

Next: Why Spider-Man & Captain America Only Had One MCU Interaction

Encanto Star Recorded Waiting On A Miracle While In Labor

Kevin Phelan is a Comics Editor for Screen Rant and has been obsessed with comics, films, and TV his entire life. He just can’t believe people actually pay him for it now. His work has been featured in outlets including USA TODAY, The Huffington Post, and Cracked.com. Outside of work, he can be found continuing his quest to pet every dog in New York.