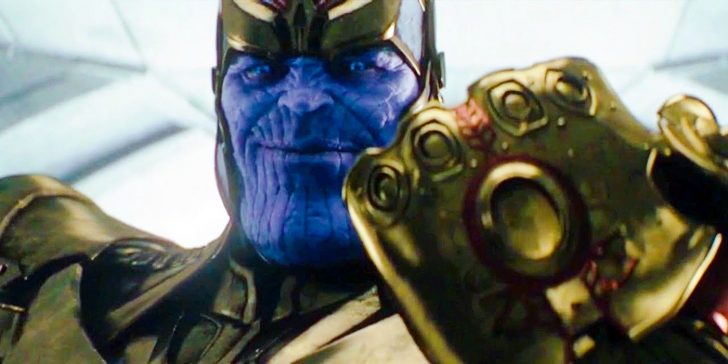 Josh Brolin revealed how much Avengers: Age of Ultron changed during post-production. The actor debuted as Thanos in Guardians of the Galaxy, despite Marvel Studios already introducing the character in the first Avengers movie. Brolin appeared next in Avengers: Age of Ultron where he finally made it clear that he’s going after the Infinity Stones. This effectively set up his role in Avengers: Infinity War and Avengers: Endgame, the two movies that concluded the Infinity Saga in electrifying fashion.

It’s no secret that the production for Avengers: Age of Ultron had some issues. There were creative differences between Marvel Studios and director Joss Whedon despite the success of their first collaboration in The Avengers. The result is a divisive film, one that was still a big commercial hit for the MCU. Weaving through its convoluted plot, however, it was clear that it was meant to be the launching pad for the end of the Infinity Saga, with Thanos appearing in the post-credits scene and announcing that he would be hunting down the Infinity Stones himself.

Speaking with Collider, Brolin was asked which films in his career changed significantly during post-production. He named Jonah Hex as one that was altered for the worse. Brolin also went on to mention Avengers: Age of Ultron. The actor didn’t get into specifics, but it sounds like he was specifically talking about his scene in the blockbuster, as brief as it was,

Wow. That’s a good question. Jonah Hex, which just only got worse. What else? Not No Country at all. I think what was being put together along while we were filming, and I saw dailies, was pretty much exactly what I saw, but even with more impact. What’s another one?

Probably Avengers 2. Your intention and your experiment while you’re doing it. And then what they came up with was surprising to me. I thought very effective, but surprising.

Brolin has openly talked about his initial hesitation to play Thanos in the MCU. After some conversations, including one with Hulk actor Mark Ruffalo, he was eventually convinced to board the franchise. Brolin was worried about how Marvel Studios was going to achieve Thanos’ look, whether that would require hours in the make-up chair to get ready for the role or if he would be fully CGI. Since Ruffalo had played Hulk by then, his recommendation about how rewarding it is to see the final footage of his work significantly impacted Brolin’s personal choice to take on Thanos.

Thanos is currently dead in the MCU and with Marvel Studios moving forward from the Infinity Saga, there’s a chance that fans may not see him back anytime soon, but that doesn’t mean that he can’t return. For starters, the multiverse is being set up and a different version of the character could end up in the Sacred Timeline. Otherwise, Thanos could also factor into his brother Star-Fox’s own adventures in the MCU. He may never be a prominent player again in the franchise, but an Avengers: Age of Ultron-type of cameo would be more than enough to excite viewers.