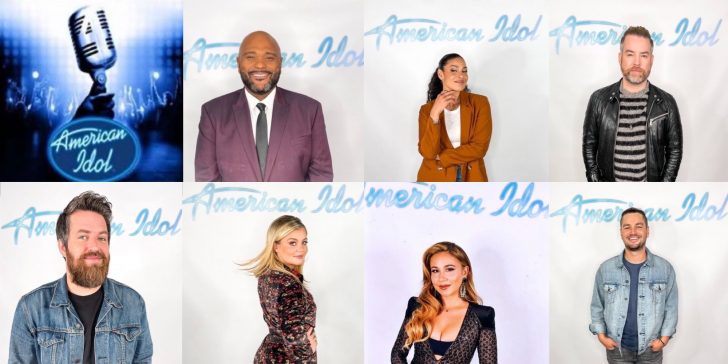 The reality singing competition American Idol has announced which alumni will serve as mentors for the season 20 contestants during Hollywood Week. Because Bobby Bones exited the show, American Idol had to find new mentors to guide the contestants, and, since the show is celebrating its twentieth season, there were no better choices than finalists who had found success on the show.

In early seasons, famous singers and musicians from outside of the show had offered their guidance to the contestants. However, as time passed, and American Idol produced superstars, the show was able to invite back members of the Idol family to give advice. Former contestants, including Kelly Clarkson, Carrie Underwood, Chris Daughtry, and Adam Lambert have mentored the contestants, sharing their musical knowledge and American Idol experiences with great results.

According to Mjsbigblog, for the twentieth season, American Idol will welcome back seven alumni for the Hollywood Week “Genre Challenge.” Each mentor will guide the contestants in their particular genre. In the first round, the contestants will face judges Lionel Richie, Katy Perry, and Luke Bryan, and sing songs in their genre. This round will determine which contestants make it to the next part of the competition, the Duets Challenge, and who will be sent home. The alumni have announced which genres they will be working with. Let’s take a look at this exciting list of amazingly talented performers who will mentor the American Idol season 20 contestants.

Ruben won American Idol season 2 in 2003. Nicknamed “The Velvet Teddy Bear,” Ruben was known for his smooth vocals and sweet personality. Since his time on the show, he has released seven studio albums, including the platinum-selling, Soulful. Ruben was nominated for a Grammy Award in 2003 for Best Male R&B Vocal Performance for his recording of the song, “Superstar.” Ruben is also an actor who has appeared on episodes of television shows such as 8 Simple Rules. In 2008-2009, he headlined the tour of Ain’t Misbehavin’ starring as Fats Waller. The cast recording album was nominated for the Grammy Award for Best Musical Theater Album.

Ruben is the perfect mentor because he is a teacher as well as a singer. He taught a masterclass in March 2022 for Performing Arts majors at the University of Tennessee at Chattanooga. In the fall of 2022, he will teach two courses in music, one on the commercial side and one on the performing side of the music business. Ruben will mentor the American Idol contestants in the R&B genre.

Jordin won American Idol season 6 in 2007 at the age of 17. Her self-titled debut studio album was certified platinum and included the hit singles “Tattoo” and “No Air.” Her second album, Battlefield, which was released in 2009, was also a triumph. She has since released two more studio albums, Right Here Right Now (2015) and Cider & Hennessy (2020). Jordin is also an accomplished Broadway actress, and has appeared in In the Heights and Waitress. In 2012, she starred in the film, Sparkle. Jordin most recently appeared on television in 2021 when she placed fifth on The Masked Dancer as “Exotic Bird” and later that year when she starred in the Hallmark Channel movie, A Christmas Treasure.

Related: American Idol: Alumni Will Be Mentors In Season 20 After Bobby Bones Exit

In an Instagram post, Jordin announced that she will be mentoring the pop genre. This is ideal for her and the contestants because of her tremendous success in that category of music.

In 2008, David won American Idol season 7 because of his incredible talent for transforming songs with his own unique style. After his win, his debut single “The Time of My Life” was certified platinum. Later that year, he released his self-titled album which included the hit single, “Light On.” In 2018, David brought his impressive vocals to the Broadway stage when he starred in Kinky Boots. He will tour this spring and summer, bringing his music to live audiences.

David will be mentoring the rock genre, which is the perfect place for him. He proved during his season that he could take songs from any genre such as “Always Be My Baby” by Mariah Carey and transform them into rock anthems.

Lee wrote that he was “super excited” to announce that he will be mentoring the indie/folk genre. With his talent for playing the acoustic guitar and his singer-songwriter voice, Lee is a great choice for this type of music.

Lauren was the runner-up on American Idol season 10 in 2011, and her career has skyrocketed since then. Lauren released her debut album Wildflower in October 2011. It was the best-selling digital album by a debuting female country artist. In 2012, Lauren won the New Artist of the Year Award at the American Country Awards. On February 12, 2022, Trisha Yearwood inducted her into the Grand Ole Opry. She released her latest album, Sitting Pretty On Top Of the World in 2021, and is currently headlining the Top of The World Tour.

Haley placed third on American Idol season 10 in 2011. Her debut album, Listen Up!, was released in 2012. She has since released three more albums. Haley has made some television appearances, including her four-season starring role on the Netflix adult animated series, F is for Family, as the voice of 12-year-old William “Bill” Murphy. In 2020, Haley made her film acting debut in the science fiction superhero film, We Can Be Heroes, which was released on Netflix.

Related: American Idol: Catching Up With The Reboot Winners

Haley will be mentoring the soul genre. She has proven to be a master of the genre, and should be a great guide for the American Idol contestants in this category.

Chayce is the latest American Idol winner, taking home the season 19 first place crown in 2021. He has since released two hit singles, “23,” which he performed on the show, and “Can’t Do Without Me,” a duet with Canadian country pop singer, Lindsay Ell. Chayce released his new single, “Tell Me Twice,” in March 2022. He announced that this is the first of several new songs that he will release soon. Chayce is currently touring as the opening act for Jimmie Allen and will open for Luke Combs on his Canadian tour in the fall. In between those dates, Chayce has many solo concerts lined up.

Chayce said that he will appear on American Idol during Hollywood Week “to talk about my experience with the Season 20 contestants. It was a wild ride for me & maybe I can offer a little bit of advice to the next potential winner.” Since Chayce did not specify which genre he will work with, Mjsbigblog speculated that he “is probably on hand to offer advice and moral support.” Since Chayce’s experience is the most recent, he can probably offer the freshest perspective about being a contestant on American Idol.

American Idol has always had exciting mentors, but welcoming home members of the Idol family makes the show all the more special. As fans celebrate the show’s twentieth season, there is no better time to look to the show’s past to find its future superstar. These former finalists will surely offer valuable support, guidance, and advice to the current hopefuls. They will be a very special part of finding the next American Idol.

Next: American Idol: What Happened To Host Brian Dunkleman After Season 1