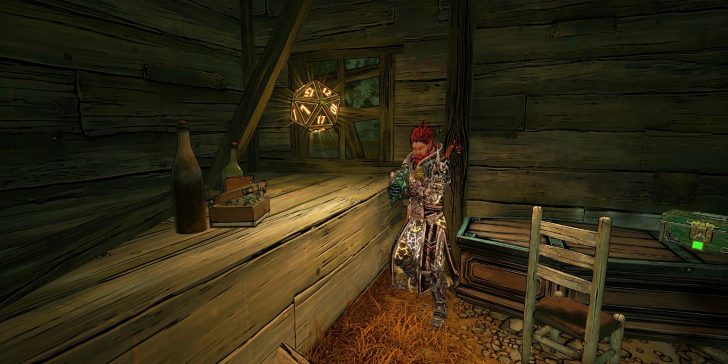 There are 12 Lucky Dice to find throughout the Shattergrave Barrow in Tiny Tina’s Wonderlands, and they can all be found once the area is unlocked.

In Tiny Tina’s Wonderlands, there are 12 Lucky Dice that Fatemakers can find in the Shattergrave Barrow. Finding Lucky Dice is one of the most important aspects of the looter-shooter because it directly impacts how effective the Luck stat is for the Fatemaker. With a higher Luck stat, players can expect to have an easier time finding more Legendary Loot in Tiny Tina’s Wonderlands throughout the entire game. Fortunately, all of the Lucky Dice in the Shattergrave Barrow can be found during the story quest, but players can return to the area any time afterward as well.

While there are only 12 Lucky Dice in the Shattergrave Barrow, Fatemakers will need to find a total of 260 in order to significantly boost their Luck stat. After finding all 260 locations, the Luck stat becomes permanently increased by 35% throughout the remainder of the game. This bonus also stacks on top of other increases to the stat as well, such as those temporarily gained through equipped armor, certain increases in the Myth Rank perks, and even completing the Shrine of Aaron G in Tiny Tina’s Wonderlands. The Myth Rank perk and Shrine of Aaron G benefits are permanent as well, and the shrine actually increases the Luck stat by an additional 25% on top of the 35% from finding all of the Lucky Dice locations in the game.

Aside from the Lucky Dice found in the Snoring Valley opening area, Shattergrave Barrow has the least amount of the collectibles to find in the rest of the areas. In total, the 260 Lucky Dice are split across 11 sets in the game spread out through 10 regions and the Wonderlands Overworld. Not every Lucky Dice location is as easy to find as those in Shattergrave Barrow, however, so Fatemakers who wish to increase their Luck stat early on in the game should revisit the region as soon as possible. A higher Luck stat would mean that, as new regions are unlocked, unique Legendary weapons such as the Goblin Pickaxe in Tiny Tina’s Wonderlands will also be easier to find from the unique bosses that each area has to offer.

All Lucky Dice In Shattergrave Barrow

The Shattergrave Barrow map is exceptionally vertical and singular compared to some of the other maps in the game and provides little room for exploration from east to west. This should make finding the location of every Lucky Dice in the region much easier than most, and all of the locations below are in succeeding order from one collectible to the next. If any Lucky Dice becomes difficult to find, return to the previous location to continue along the path.

After finding all of the Lucky Dice and beating the game, the Chaos Chamber in Tiny Tina’s Wonderlands is the best place to farm Legendary Loot at large. This endgame activity features a randomized dungeon with randomized enemies and challenges, as well as four secret bosses that will award additional endgame materials to get the best gear in the Wonderlands.

Next: Tiny Tina’s Wonderlands: How To Summon Every Secret Chaos Chamber Boss