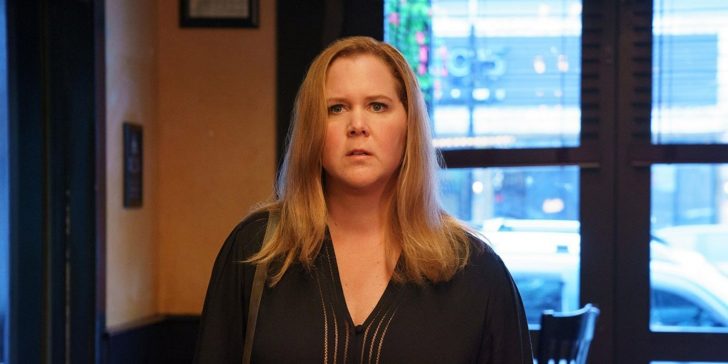 Amy Schumer opens up about her decision to depict her trichotillomania in Life & Beth and how it is a struggle she has kept secret for some time.

Amy Schumer has opened up about her decision to depict her struggles with trichotillomania in Life & Beth. Life & Beth is a dramedy series that premiered on Hulu on March 18, 2022. The 10-episode series follows Beth (Schumer), a woman who is at a crossroads in her personal and professional life. When a death occurs in the family, Beth must go back to her roots and explore her past, including her relationship with her mother. Schumer is the writer, director, and producer of the series. Meanwhile, she is also the inspiration, as the series is semi-autobiographical.

Life & Beth also stars Michael Cera as John, a gentle yet socially awkward farmer who is key to leading Beth to happiness. John was heavily inspired by Schumer’s real-life husband, Chris Fischer, who is an Award-winning chef and farmer. Meanwhile, Laura Benanti, who stars as Beth’s mother, similarly parallels Schumer’s real mother. Schumer has opened up on how Life & Beth explores her own complicated relationship with her mother, who had some destructive habits but also made Schumer feel loved. However, Schumer’s love story with Fischer and her complicated relationship with her mother aren’t the only aspects of her life she tackled in Life & Beth.

In an interview with THR, Schumer opened up about her decision to share her struggle with trichotillomania in Life & Beth. Schumer admitted that trichotillomania has been her secret for quite a while and one that she has felt ashamed of. Just like Beth, Schumer did once pluck out so much of her hair as a child that she had to wear a wig. However, she chose to include that depiction because she is done carrying around her secret. She hopes that the depiction will help her alleviate her shame and that it will do so for others who struggle with trichotillomania as well. Check out her statement below:

I think everybody has a big secret and that’s mine. And I’m proud that my big secret only hurts me but it’s been what I’ve carried so much shame about for so long. And it’s not that I used to have this problem and now I don’t. It’s still something that I struggle with. I really don’t want to have a big secret anymore. And I thought putting it in there would be good for me to alleviate some of my shame and maybe, hopefully, help others alleviate some of theirs, too.

Trichotillomania is a disorder in which one experiences an overwhelming urge to pull out their hair. This results in repetitive hair pulling and hair loss, which typically affects the scalp, but can also affect eyelashes, eyebrows, or beards. Schumer also made a point to note that trichotillomania is something she still struggles with today, not just something she dealt with as a child. In fact, now that she has a child of her own, she also fears that he might one day develop the disorder, too. Schumer also admitted that she thought her trichotillomania depiction in Life & Beth would result in a self-harm warning for the episode. However, instead, Hulu simply chose to feature a resource card at the end for anyone who struggles with Body-Focused Repetitive Behaviors.

Schumer’s decision to share her trichotillomania struggle through Life & Beth was necessary to help her let go of her secret and her shame. In addition to this, it was also a very necessary accurate representation of the trichotillomania community. The disorder is not one that is shared frequently enough in the media and, when it is, it is often mischaracterized. However, the TLC Foundation for Body-Focused Repetitive Behaviors has commended Life & Beth for respectfully and accurately portraying an individual with trichotillomania. Meanwhile, Hulu’s decision to not flag the episode or provide warnings also helps to bring awareness to Body-Focused Repetitive Behaviors. Schumer’s Life & Beth depiction of her trichotillomania takes a big secret off of her chest and also provides a much-needed, accurate representation of the disorder for the rest of the trichotillomania community.