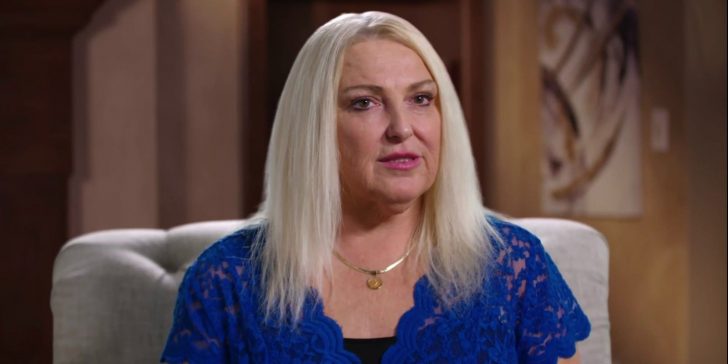 In a 90 Day Diaries preview clip, Angela Deem revealed the next surgery she wants to get. 90 Day Fiancé alum Angela first appeared in 90 Day Fiancé: Before the 90 Days season 2 with Michael Ilesanmi. The strong-willed Meemaw fell in love after Michael slid into her DMs and she flew to Nigeria to meet the love of her life. Unfortunately, their time together wasn’t as delightful as they thought it would be. Michael is more laidback. Meanwhile, Angela marches to the beat of her own drum. While they say opposites attract, it appeared the odds were against the riotous duo.

At first, 90 Day Fiancé star Michael’s K-1 visa was denied. As a result, they created their own fate and married in Nigeria so they could apply for the spousal visa. This was supposed to be a time to celebrate; instead, the two spent much of their time arguing. Between Angela’s temper and jealousy streak, it appeared to be too much to handle. Despite calling off the wedding many times, the two got married and Angela came back to the United States a few days later. Back in the States, Angela went through a couple of surgeries, including a breast reduction that she later reversed.

In a 90 Day Diaries preview clip, shared by ET, Angela is seen at the doctor’s office, where she prepares for her next surgery. According to Angela, she has a major insecurity: her teeth. When she was 18, she lost two teeth. Then between Angela’s other health concerns like menopause and smoking, the rest of her teeth deteriorated. Her dental health diminishing made her self-conscious, and it has been her primary concern. “This procedure I’m hoping to get is the most important one ever. If I had a choice, I would have done this procedure before this procedure,” Angela stated, referring to her breast augmentations.

However, even though this is a major concern for Angela, Michael doesn’t know about it, but she’s hoping to have the surgery before he comes to the United States. Unfortunately, things don’t look too well for Angela. After the doctor took X-rays, he revealed some disturbing news. The bone structure of 90 Day Fiancé’s Angela’s jaw is disintegrating, which means she might not be able to get the transplant. “You have to have bone to have implants, and that’s my major fear, that I don’t have no bone,” she stated at the end of the clip.

While it seems Angela may not have the surgery, viewers have another hint at the whereabouts of their relationship. After several cryptic social media posts and filming rumors, viewers questioned the status of their relationship. However, it appears two years after the wedding, Michael might finally join her in the United States. In the end, it’s disappointing to hear 90 Day Diaries star Angela’s distressing news, but fans are still eager to see what this means for the chaotic duo.

Poppy Playtime: Why Kids Are So In Love With Huggy Wuggy

Jaye Hernandez is a well-seasoned content writer with a degree in Journalism. In 2011, she won a state-wide creative writing contest and has been chasing her dream ever since. Her daughter inspires her every day. As a single mother of one, her goal is to show her daughter that we can have it all: a family and a career. Writing isn’t easy, but her flow is one you won’t forget!