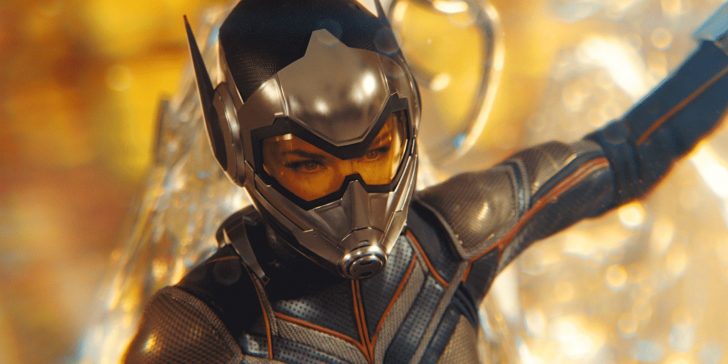 Evangeline Lilly, who plays Hope van Dyne in the MCU, explains how the #MeToo movement empowered her on set of Ant-Man and the Wasp: Quantumania.

Evangeline Lilly, who plays Hope van Dyne/the Wasp in the Marvel Cinematic Universe, has given details on how the #MeToo movement helped her feel empowered on the set of Ant-Man and the Wasp: Quantumania. The upcoming film will be the third in Marvel Studios’ Ant-Man trilogy, following 2015’s Ant-Man and 2018’s Ant-Man and the Wasp. The threequel will be directed by Peyton Reed, who directed the first two movies.

Lilly’s character Hope van Dyne started out in the 2015 film as an ally to Paul Rudd’s titular Scott Lang/Ant-Man. The daughter of Hank Pym (Michael Douglas), she helped Lang defeat her father’s former protégé Darren Cross/Yellowjacket (Corey Stoll). The movie’s mid-credit scene showed Hank Pym passing down her mother’s Wasp suit to her, which she fully took advantage of in the 2018 sequel. Van Dyne was one of the many unlucky victims of Thanos’s snap, as shown in the movie’s mid-credits scene, and she was later brought back in 2019’s Avengers: Endgame. Her next appearance will be in Quantumania.

In an interview with Forbidden Planet TV (via The Direct), Lilly spoke about her personal growth throughout her time playing this character and how it impacted her during the production of the new film. She felt that she was able to voice more of her opinions of what she wanted from both the movie’s narrative and her role this time around. She partly gives credit to the #MeToo movement, as well as the Time’s Up movement. Read her full quote below:

What’s great is what I can talk about is sort of the theme that we started on, which is my own personal growth. On that film, that was, I think, the first time where I really… probably because of some of the healing that’s happened within me, which is… partly fueled by the MeToo movement and the Time’s Up movement. That really helped me to feel empowered, to have a voice, and not to be afraid to use it and not to feel like I’m being obnoxious or difficult. And what was really incredible was to, for the first time ever, really, really say I have an opinion.

I have a lot of opinions and I’d love to share them and I’d love to give you my thoughts on all of this. And to do it with confidence and to do it with clarity, instead of, before I even speak, already… brushing my own ideas under the carpet, which is an old habit of mine. Like, ‘Yeah, this probably isn’t a very good idea, but…’ or, ‘You don’t have to use this, I’m just going to tell you what it is…’ Like. all that stuff that I think is is a very common habit of a lot of people and and it was definitely a habit of mine, but instead saying just really openly, ‘Here are my thoughts.’ And that’s a really vulnerable thing to do without the precursor. It actually feels really unnerving because you’re making yourself vulnerable to somebody not liking it, without saying, ‘You might not like this and that’s okay.’ And that was really empowering for me to be heard and to have my ideas actually really, really well-received and valued and then to see them wind up in the final script.

Based on Lilly’s comments, it’s clear she had a lot of opinions on the third Ant-Man, which were well received by the crew. With how many times she has appeared in the MCU as the Wasp, it’s also wise that the writers decided to include her in the creative process. While Marvel has many talented writers at their disposal, actors sometimes have a better understanding of their characters as they dive into their roles. Lilly was already a successful actress prior to her MCU debut, but it’s reassuring to hear that she felt more confident voicing her opinions on Ant-Man and the Wasp: Quantumania.

With more and more movies and TV shows giving women of the industry opportunities to be heard, the entertainment business is becoming a much more diverse and colorful presence in the world. As the team behind the most successful cinematic franchise in history, Marvel Studios has certainly kept up with this trend with projects such as Captain Marvel, Black Widow, and Eternals. It seems like Ant-Man and the Wasp: Quantumania will certainly be no exception here.

More: Hawkeye Already Set Up How Kate Bishop Can Return In Ant-Man 3

Andy Tolsky is a Movie/TV News writer for Screen Rant. Having grown up in the Los Angeles area, he was drawn to the moviegoing world at a young age. Today he still lives in sunny LA, and he often spends his time scouring the web for the latest movie news and reviews…when he’s not watching movies, that is. His favorite movies include “The Lord of the Rings,” “The Nightmare Before Christmas” and “Baby Driver”.
He can be found on his own YouTube channel, or reached via e-mail at andytolsky@gmail.com and via Twitter at @AndyTolsky.