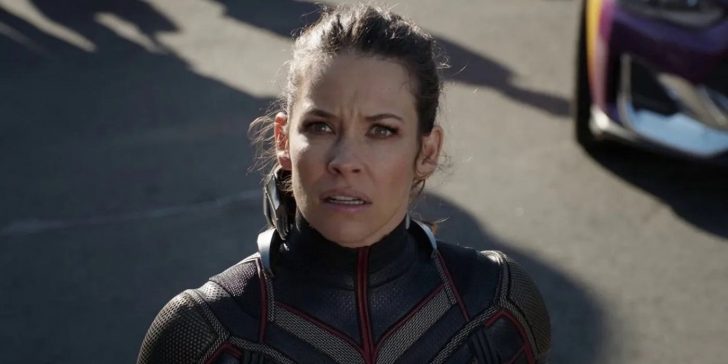 Ant-Man star Evangeline Lilly faces backlash after urging PM Trudeau to sit down with vax mandate protestors, and some fans want her to leave the MCU.

Star of the upcoming Ant-Man and the Wasp: Quantumania, Evangeline Lilly has stirred up controversy again with her stance on mandatory vaccines. Lilly made a name for herself with her first starring role as Kate Austen in ABC’s award-winning drama, Lost, for which she was nominated for a Golden Globe Award. In the 2015 film Ant-Man, Lilly joined the MCU as Hope van Dyne, the daughter of the original Ant-Man and Wasp, Hank Pym (Michael Douglas) and Janet van Dyne (Michelle Pfeiffer), who takes over her mother’s mantle and becomes a partner to Scott Lang’s (Paul Rudd) Ant-Man. Quantumania will be Lilly’s fourth MCU film in the role.

Lately, Lilly has been making headlines outside of the MCU, and the Canadian-born actress has been vocal about her home country’s response to the Covid-19 virus. The Canadian government currently requires public servants to be vaccinated, and if they were not fully vaccinated by October 29, 2021, they would be put on unpaid administrative leave. In response to these vaccine mandates, a series of protests and blockades calling themselves the Freedom Convoy began in Canada in January. Lilly also opposed the vax mandates and posted on Instagram that she supported the convoy’s cause and was attending a rally in DC herself, inciting backlash from MCU fans.

Related: Marvel’s Next 6 Movies Are All MCU Sequels: Why That’s A Problem

Still, the backlash has not stopped Lilly from voicing her stance. This week, Lilly addressed Canadian Prime Minister Trudeau in a video posted by Bridge City News, a program that has been following the Freedom Convoy closely, and urged him to sit down with the convoy’s protesters. Lilly’s message stirred up backlash yet again with Marvel fans with some even calling for Lilly to leave the MCU. See both Lilly’s original video and some fan backlash below:

@MarvelStudios many fans won’t care if you off this Wasp variant in the first few minutes of Quantumania.

I urge Kevin Feige to sit down with Jennifer Garner about playing the Wasp.

I wouldn’t mind if they recast Evangeline Lilly

Evangeline Lilly has officially lost it. Her and Letitia are competing against each other it seems😭

They should replace Evangeline Lilly as Wasp and not say anything or make a big deal about it. Maybe 90% of normies will not even notice.

The Wasp actress has been creating controversy since the beginning of the pandemic. In March 2020, Lilly stated that she would refuse to social distance out of fear “of a respiratory flu,” but later rescinded the statement after backlash, apologizing to those who were suffering because of the virus. Despite that apology, Lilly has continued to be vocal about her views on the pandemic, even attributing the difficulty she felt filming Quantumania to social distancing practices.

At this point, it would be difficult and costly for Marvel to recast Wasp, since Ant-Man and the Wasp: Quantumania finished filming last fall and is now in post-production. Although Disney has been quick to fire others before when making controversial posts on social media, it seems unlikely that Lilly would get the boot, especially when so many compare her posts to those made by fellow MCU actress Letitia Wright. Still, with Ant-Man and The Wasp: Quantumania’s release date so far off and Evangeline Lilly’s continued willingness to speak out for her beliefs, there’s a chance the MCU may get a new Wasp for its future phases.

Next: Kang’s Phase 4 Multiverse Introduction Creates A Problem For Avengers 5

Why Spider-Man & Captain America Only Had One MCU Interaction