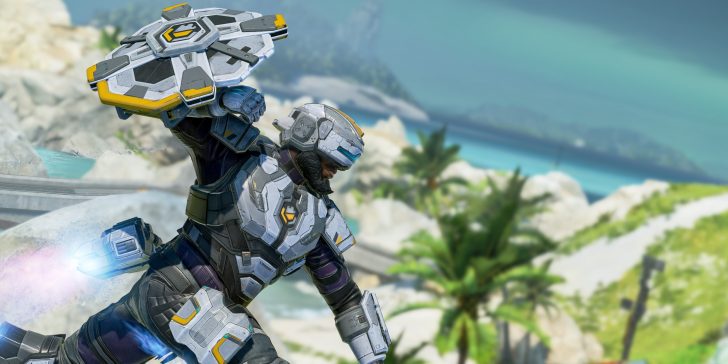 The next season of Apex Legends is just around the corner, which means there’s a bunch of new content on the horizon. Along with the usual map changes and various buffs/nerfs, we are once again getting a new character to play as. Called “Newcastle,” this defense legend is all about covering for your allies and aiding them when they’ve fallen. Given how desperately this game has needed another strong defense legend, it will be interesting to see if Newcastle can make a dent in Gibraltar’s pick rate for the Ranked game mode. If you’re new to Apex Legends and looking to try this legend, here’s how to unlock Newcastle and what his abilities are:

(Author’s Note: At the time of writing this Newcastle hasn’t gone live. He will be available on May 10th when the new season launches. Given the method for unlocking legends hasn’t changed since the game was released, I doubt anything will be different this time around. If there is a different way to unlock Newcastle I will update the guide.)

How to Unlock Newcastle

The only way to unlock Newcastle is by spending either 12,000 Legend Tokens or 750 Apex Coins. You can earn the Legend Tokens by leveling up your core account (not your Battle Pass), while the Apex Coins must be purchased with real-world money or by completing steps in the Battle Pass. You will need to spend at least $10 to purchase him since you cannot just buy the exact amount needed to unlock Newcastle.

There is no other way to gain access to him, so if you don’t want to shell out some cash, then get ready to grind for some levels. How long this takes will vary based on your level, as those just starting will have a much easier time accruing Legend Tokens than those at or above Level 100.

Newcastle is all about defense and protecting his teammates during a fight. His passive is called Retrieve the Wounded, and it allows Newcastle to physically pull his downed teammates behind cover or away from the chaos. As he pulls the downed teammates, Newcastle will deploy a shield to help protect himself and whomever he’s dragging. Keep in mind that Newcastle is also reviving his teammate while he is pulling them away. The strength of the shield entirely depends on the rarity of his Knockdown Shield.

His tactical is Mobile Shield, Newcastle releases a shield that blocks incoming fire and can be physically turned once deployed. Players can also make the Mobile Shield move forward, using it as an advancing cover to help close the gap. Both the top and bottom half of the shield can be destroyed by incoming fire, so Newcastle players cannot just hide behind it forever. This shield isn’t like Gibraltar’s dome, as it won’t protect overhead attacks, so don’t expect this to counter airstrikes or incoming grenades.

Meet Newcastle, a heroic defender who will do whatever it takes to protect his squad – and his secrets ????️ pic.twitter.com/kQsNEcw1KN

Finally, Newcastle’s ultimate is Castle Wall, which allows him to launch forward and deploy a fortress made of armored, electrified walls. Set up in a crescent moon shape, these walls give players multiple places to hide, heal behind, or shoot enemies from. Newcastle can also target his allies with this ultimate, allowing him to launch higher and farther towards their position. Any enemies who attempt to vault or go over the walls will be both slowed and electrocuted.

You can try Newcastle when the new season launches on May 10 for Xbox, PlayStation, and PC.