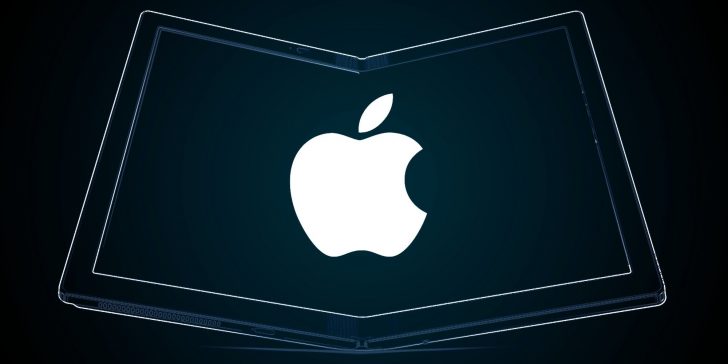 Apple’s rumored foldable Mac/iPad hybrid will reportedly go from a 20-inch touchscreen panel to a laptop with a virtual keyboard and trackpad deck.

Apple is reportedly experimenting with a foldable Mac/iPad hybrid device that will offer a touchscreen interface and might hit the shelves in about four years from now. Now, the idea of a touch-screen Mac is divisive. On one hand, there are devices like Microsoft’s Surface that effortlessly go from laptop to tablet mode, with a touch-sensitive panel proving to be a key functional aspect in the transformation. Apple, on the other hand, isn’t a fan of the idea.

“It doesn’t work, it’s ergonomically terrible,” Steve Jobs said back in 2010, adding that touch screens on a vertical panel are an open invitation to arm fatigue. The TouchBar on MacBooks, the closest that Apple ever got to the idea of a touch interface on its laptops, was also finally gotten rid of in 2020. However, rumors about the possibility of a Mac machine with touch screen technology have recently started to pick up the pace.

Related: Apple Might Be Working On A Keyboard That Doubles As Your Mac

Display Supply Chain Consultants’ (DSCC) Ross Young recently claimed that Apple was working on an all-screen foldable Mac. The device can reportedly serve as a notebook with a virtual keyboard on one half of the screen or unfold into a massive 20-inch computing screen that can be paired with an external keyboard. Now, Bloomberg’s Mark Gurman notes in his PowerOn newsletter that Apple has “been exploring a dual-screen, foldable, MacBook/iPad hybrid.” The idea is not alien, as Lenovo already executed it back in 2020 with the ThinkPad X1 Fold. Apple has reportedly been toying with the concept for the past couple of years, but it is unclear at what development stage it currently sits. “It would trade in the physical keyboard and trackpad for a fully touch-screen base,” Gurman adds.

Wild Idea, But Too Far In The Future

More recently, Asus took a stab at the concept with the Zenbook 17 Fold OLED, touted to be the world’s first 17-inch foldable laptop. The idea here is that a foldable screen offers great versatility for different use case scenarios. For those worried about typing on a virtual keyboard and having to deal with an on-screen trackpad, both Lenovo and Asus sell wireless physical peripherals that slide right on top to offer a classic laptop experience. Apple has a huge advantage here. It already has a large ecosystem of keyboards and a terribly-designed mouse in the Magic series for Mac, and those tailored for the iPad can potentially lend a hand as well.

Interestingly, a patent detailing an iMac concept with a touchscreen display was also spotted in early 2022. However, an all-touch MacBook with a foldable screen is still far off, with Young noting that it won’t arrive before 2025 at the earliest. On the Windows and Android side of the hardware ecosystem, things are evolving rapidly. It appears that Apple is waiting for the tech to mature before it brings a refined device with an all-new form-factor to the market. However, there is always a chance that engineering or performance issues might keep the device in the realms of mass imagination, as is the case with the doomed AirPower charging mat.