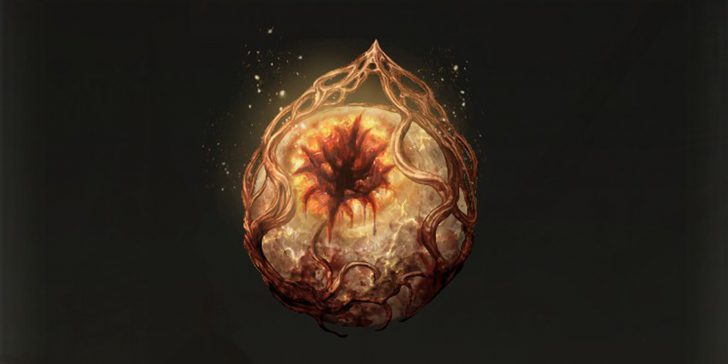 In Elden Ring, Radagon’s Scarseal and Radagon’s Soreseal are two very unique items. As talismans, they function almost exactly the same as rings in previous From Software games — by providing unique buffs when equipped. These range from more hit points to faster spell animations. Though the Scarseal and Soreseal come with a unique twist. Each talisman raises several character stats by a not-insignificant margin, but also increase the damage you take from every hit. How much damage isn’t explained in-game. Naturally, many players have been asking (and testing) whether or not Radagon’s Scarseal and Radagon’s Soreseal are worth this hit to defense. Let’s take a look for ourselves!

The short answer is: absolutely yes. Though there are some caveats. First and foremost, know that this particular Scarseal and Soreseal set is almost entirely for melee builds. There is a magic-focused set, as well. Those are Marika’s Scarseal and Marika’s Soreseal. The Marika variants affect Mind, Intelligence, Faith, and Arcane. Whereas the Radagon talismans boost Vigor, Endurance, Strength, and Dexterity. This gives Radagon’s Scarseal and Soreseal a unique advantage over their magic-based counterparts. This being that Vigor increases your maximum HP. More HP offsets the increased damage from the negative aspect of both talismans. This compounds with the passive defense bonus you get from leveling up any stat.

Let’s look at the specific stats…

+5 Vigor
+5 Endurance
+5 Strength
+5 Dexterity
~15 increased damage per hit (once again, though, this value is inconsistent based on enemy and attack type)

In addition to our own anecdotal tests, Elden Ring players have run various experiments to see what this means in practice. And, in practice, it seems like a categorically good thing for melee players. The bonus damage is not only offset by the extra Vigor. The extra stats from Radagon’s Scarseal and Radagon’s Soreseal can outperform the debuff. Put another way: you’re often actually more survivable with Radagon’s Scarseal or Soreseal equipped than if you didn’t use one of them. Especially when you factor in the bonus defense awarded from higher levels of stats. Plus you deal more damage, hit and dodge more often, and can equip heavier armor (which mitigates damage even further). There’s virtually no reason not to use one or the other (prioritizing Soreseal once you get it, since it’s just a better version of the Scarseal).

There are, of course, special circumstances to consider. One is that the benefit of every stat in Elden Ring falls off at extremely high levels. The benefit of Vigors seems to “soft cap” in this way once at Level 40 and again at Level 60. That means the benefit you see per extra level of Vigor lessens after each of those milestones. It’s less valuable, then, to wear any of these talismans if you already have extremely high levels of the affected stats. Most players won’t reach even the first soft cap on all four stats in a single playthrough, though. Not without very serious intentional grinding.

It’s also worth noting that the amount of HP you get from Vigor is always going to be a flat number. Meanwhile, enemies get tougher as you get deeper into the game — along with the bonus damage they inflict when wearing Radagon’s Soreseal or Scarseal.

Let’s say you receive 100 bonus HP from Radagon’s Soreseal. If enemies get an extra 25 damage per hit, well, they’d need to hit you five times to overcome the difference. But since their damage boost is percentage-based, enemies who hit harder later in the game will add more. Whereas the amount of extra HP you get remains fixed or even goes down (if you level Vigor past Level 40). Though this doesn’t account for the defense boost you get from the extra 20 levels of stats via the talisman.

In theory, though, this means harder-hitting enemies could swallow up your advantage. In practice, though, it rarely if ever seems to increase the total number of hits to kill your Tarnished. That’s the most important factor here, after all. And in many cases where it might matter mathematically, you’re often screwed either way. Such as when you get stun-locked or hit multiple times in rapid succession,

There are also plenty of ways to mitigate damage in Elden Ring. Equipment like the Dragoncrest Shield Talisman, consumables like dried liver, and the Opaline Hardtear ingredient for your Flask of Wondrous Physick can make up the difference. Players have also taken to leveling up Vigor to Level 35, giving them the highest possible benefit from the extra levels on the talisman, while dumping points into other stats instead.

All in all, Radagon’s Scarseal and Radagon’s Soreseal are absolutely worth using in Elden Ring. Assuming you’re not a pure magic user, of course. Automatically gaining 12-20 levels for the price of one talisman slot is simply too good to pass up. Especially if you’re good at dodging and/or blocking — both of which become easier with bonus Endurance. Might as well get the bonus stats then. Indirect tactics — like summoning spirits — can also take the heat off your character and let you focus on damage. Ultra-high-level players won’t see much benefit from the stats, but the average human being (and those not using Cheat Engine) should feel safe giving these suckers a whirl.