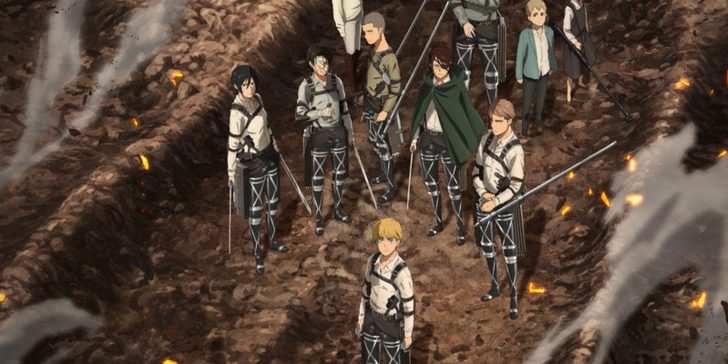 A third part of Attack on Titan season 4 has been confirmed and will release in 2023. This news comes following the Japanese broadcast of episode 87.

Warning! SPOILERS ahead for Attack on Titan season 4 part 2.

A third part of Attack on Titan season 4 has been confirmed to be released in 2023, following the broadcast of episode 87. Animated by Studio MAPPA, the second part of the fourth and final season began airing in January 2022. The series is adapted from Hajime Isayama’s hit manga series that ended in 2021.

Following a series of twists, betrayals, and reveals about the horrific origins of the Titans, Attack on Titan season 4 part 2 aired its final episode on April 3rd, 2022. Titled “The Dawn of Humanity”, episode 87 left its central characters in pursuit of Eren Yeager’s (Yuki Kaji) Founding Titan, as well as the hordes of Titans he awoke from their slumber in the walls during the Rumbling, hoping to prevent the fallen protagonist from wiping out life beyond the shores of Paradis. In a hopeless situation, Armin Arlert (Marina Inoue), Mikasa Ackerman (Yui Ishiwaka), and the remaining Scouting Regiment members joined forces with Annie Leonhardt (Yū Shimamura), Reiner Braun (Yoshimasa Hosoya), and the other Marleyans in order to put a stop to Eren’s plan. With the world of Attack on Titan left in a dire state, it was quickly confirmed following episode 87’s broadcast that a third part to the final season is in development.

Announced by the official Attack on Titan anime Twitter account, it was confirmed that further episodes of the hit anime series were in development. In the post, it was confirmed that the new episodes would be released as the third part of the fourth and final season following its broadcast by NHK in Japan. The tweet also featured a small video depicting the key visual of Attack on Titan season 4 part 3, which features Armin, Mikasa, and the alliance of Paradis and Marley’s forces standing in the footsteps of one of Eren’s wall titans following their onslaught. Check out the original Tweet below.