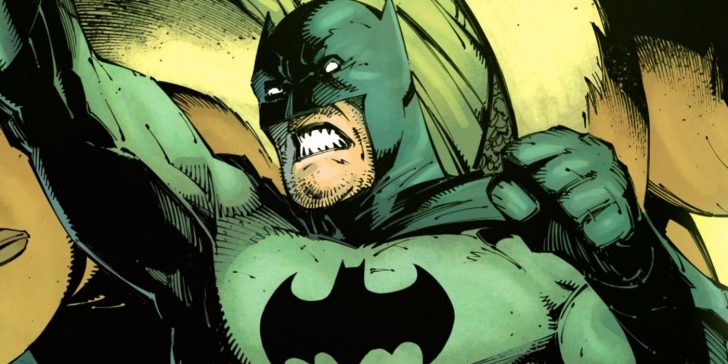 Batman just admitted one of the greatest secrets, as Wonder Woman forced him to answer a question about gaining immeasurable power.

Warning! Spoilers for DC vs. Vampires #6 by DC Comics

It’s nearly impossible to get Batman to admit his real feelings in most situations, but in a new preview, the hero just exposed one of DC Comics’ darkest secrets. In a new preview for DC vs. Vampires #6 by DC Comics, as the Lasso of Truth ties up the Dark Knight, a vampire Wonder Woman asks him if he’s ever dreamt about being an immortal creature of near-immeasurable power. Batman admits he has.

Batman has never been one to seek out power upgrades, as he’s managed to become one of the greatest heroes in the DC Universe without any special abilities. However, in a DC Comics world overrun with vampires and turned some of his fellow Justice Leaguers and allies into blood-sucking monsters, the Caped Crusader admitted that he has dreamt about wielding their incredible powers. In the process, he exposed one of DC’s darkest secrets that even the noblest heroes imagine having great, dangerous powers.

Unfortunately, the Bat-Family and Green Arrow are paid a surprise visit by the vampires, Green Lantern, and Wonder Woman. Diana asks Batman to talk with them and reminds them they are friends. Batman immediately notes if they were friends, the vampires wouldn’t have murdered the Flash. Green Lantern makes a pitch for Bruce Wayne and the Bat-Family to join them in becoming immortal but gets rejected, causing a fight to break out between the living and undead.

One of DC’s darkest secrets is exposed when Batman gets tied up by the Lasso of Truth. Wonder Woman asks him he hasn’t dreamt about becoming an immortal creature of the night, with the Dark Knight responding, “I have.” The vampire version of Wonder Woman immediately tells him, “I knew it.”

Batman admitting that he has dreamt about becoming a creature of the night with immeasurable power exposes one of DC’s darkest secrets: even their greatest heroes have ponder gaining dark powers and immortality. While Batman has never been one to seek out powers, as he operates best without them, even he is forced to admit he has dreamed about becoming a different kind of hero. After all, Batman is already operating in the shadows – doing so with powers had to at least cross his mind. Although, his comments could all be a ploy to take down Wonder Woman as her Lasso of Truth might be operating differently now that she’s undead. DC vs. Vampires #6 is in comic book stores on Tuesday.

Next: A Classic Wonder Woman Villain Returns To DC Comics, With A Twist