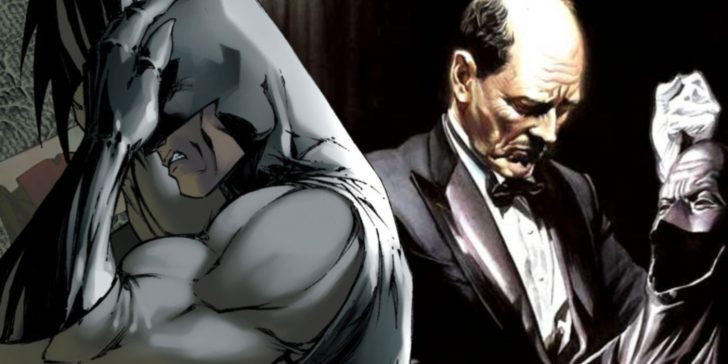 When Batman was thought dead, Alfred Pennyworth received the most tear-jerking message from Bruce, who told his faithful butler how he really felt.

Nothing defines the relationship between Batman and Alfred Pennyworth better than a message the former prepared in the event of his death. A prerecorded video left by Bruce reveals his personal feelings for Alfred in a moment that will have any fan reaching for a tissue.

The death of Bruce was a hard pill for many to swallow in-universe. The superhero community couldn’t believe that Batman, of all heroes, had fallen taking on the multiversal threat, Darkseid. While the heroes of the Justice League mourned, the Bat-Family had to pick up the pieces in Bruce’s absence. Dick Grayson took over as Batman, bringing in Damian as his Robin while Tim Drake began searching the world for proof that Bruce was alive. As the rest of Batman’s allies moved on with their new missions, the faithful butler, Alfred Pennyworth, could only grieve for the man he saw as a son.

Related: Alfred’s Gift To Superman’s Family Will Break Fan Hearts All Over Again

The somber period of time was made all the more heart-wrenching in Batman and the Outsiders Special #1 by Peter Tomasi and Adam Kubert. Late in the evening, Alfred is awoken by an alarm in the Batcave that leads him to discover a recording Bruce had made in the event of his death. The message tells Pennyworth that Bruce has one job that he only trusts with Alfred, a mission that he readily accepts. Before Batman reveals the task he has planned, he takes the time to give a sincere goodbye to Alfred. Bruce tells his longtime ally that as far as he’s concerned, Alfred is his father and ends his goodbye with a heartfelt “Goodbye, dad.”

The melancholy moment mirrors a thought Alfred expressed earlier in the issue when he was visiting the graves of Thomas and Martha Wayne. He reflects on how he was there for Bruce his whole life and that now that he’s gone, Alfred grieves for Bruce as a parent. Though the two had to express their feelings privately, Bruce’s absence and subsequent message provided a chance for both men to earnestly express how they see their relationship.

No one in the entire Bat-Family was by Bruce’s side longer than Alfred. He was there for every crucial moment on the path Bruce Wayne took to becoming Batman. Having a butler is an experience many fans may not resonate with, and the idea of one as loyal as Pennyworth is a bit of a reach. But reminders like this show that it wasn’t a simple business arrangement for Alfred and Bruce the two really had a genuine love for one another. Alfred was always going to be there for the man he views as family, even when he’s shuffled off this mortal coil. Batman’s goodbye is a beautiful moment that shows why Alfred Pennyworth lived his life dedicated to his son’s mission.

Next: DC Explains Why Alfred Pennyworth Has Stayed Dead in Comics

Will Moon Knight Become An Avenger In The MCU?

Justin Epps is either a professional amateur or an amateurish professional depending on who you ask. Wanting to break into entertainment journalism, as well as capitalize on his lifelong hobbies, he’s begun taking up writing jobs starting here at Screen Rant. He’s currently based in South Carolina and wondering if it’s humanly possible to type up 600 articles a month.