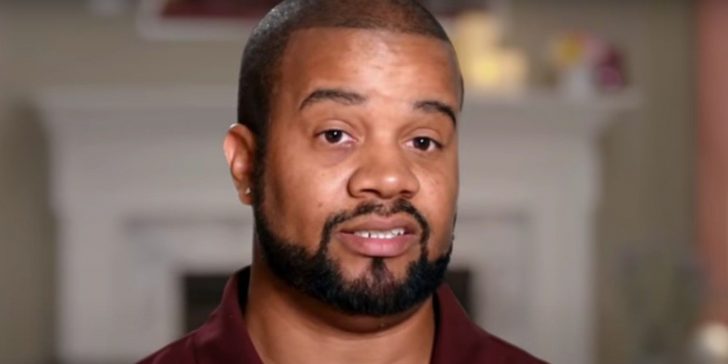 Tarik and Hazel finally met in person on 90 Day Fiance: Before the 90 Days. The pair have gone through a lot before finally making their marriage work

Tarik Myers was introduced to fans on 90 Day Fiancé: Before the 90 Days season 2, and he went through a lot on his journey to eventually marry his Filipina love, Hazel Cagalitan. From meddling siblings, intimacy issues, and trust problems, Tarik and Hazel faced them all. Tarik had a love of Asian culture after his many travels, and, after meeting on an international dating site, the pair began their turbulent relationship.

Before the 90 Days season 2 featured an all-star cast of American hopefuls traveling abroad to see their international partners. All of the couples had never met in person, which was the source of some anxiety for many of them. Among the cast were Angela Deem and her Nigerian boyfriend, Michael Ilesanmi, and 90 Day Fiancé franchise mainstay Darcey Silva with her Dutch boyfriend, Jesse Meester. Both of those couples had similarities with Tarik and Hazel’s relationship, as they all had large age gaps. Tarik was 43 years old when he first appeared on the show with Hazel, who was just 25 years old.

On Before the 90 Days, Tarik’s overbearing brother Dean joined him on the trip to the Philippines because he questioned Hazel’s intentions, and Dean was not shy about his thoughts about his brother’s unconventional relationship. Though he made some valid points about red flags, Dean also insulted Hazel by questioning whether she was “woman enough” to be with his brother. Hazel’s sister also did not approve of the couple, as she wanted her to marry a Japanese man, but the pair continued their relationship without their siblings’ approval.

After Tarik’s uncomfortable rap-proposal to Hazel at the end of Before the 90 Days, the pair beat the odds and actually got their K-1 visa approved. After season 2, Tarik and Hazel were able to show fans more of their goofy side with cute dancing clips on Instagram. Tarik spent most of his time continuing his work as a real estate agent in Virginia Beach and parenting his adorable daughter, Auri. The pair were the source of even more drama when Tarik’s brother outed Hazel as bisexual, leading the siblings to become estranged. Dean also has been called a hypocrite after the season because he fell in love with someone using the same website Tarik did, and is now living in the Philippines.

Tarik and Hazel managed to keep up their long distance relationship before eventually deciding to go on 90 Day Fiancé season 8, which portrayed Hazel joining Tarik in Virginia. Not only were Tarik and Hazel planning their wedding on the season, but they decided to add a third person to their relationship and were on the hunt for a girlfriend. Tarik is also continuing to pursue his rap career, calling Hazel his muse. Despite getting married at the end of 90 Day Fiancé season 8, the pair have split up and gotten back together, proving their relationship after 90 Day Fiancé: Before the 90 Days is still a rollercoaster ride.

Next: 90 Day Fiancé: Why Fans Really Want Hazel & Tarik To Stick It Out