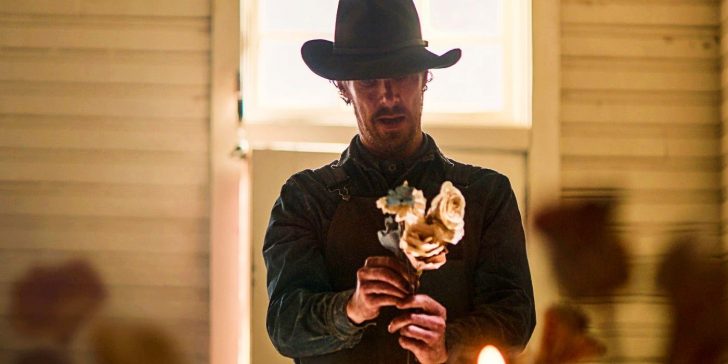 Benedict Cumberbatch responds to Sam Elliott’s fiery comments about The Power of the Dog’s depiction of repressed sexuality in the American West.

Benedict Cumberbatch has responded to Sam Elliott’s vitriolic comments about his new movie The Power of the Dog. The film, which premiered in theaters in November 2021 and on Netflix in December 2021, is a psychological Western drama following Cumberbatch’s character Phil Burbank, a ranch owner who struggles with his repressed sexuality in 1925 Montana. The film has been nominated for 11 Oscars at the 2022 Academy Awards, the most of any film this year, including Best Picture and a Best Actor nod for Benedict Cumberbatch.

Sam Elliott, who recently starred on the Yellowstone prequel series 1883 on Paramount+, spoke about The Power of the Dog during a recent appearance on the podcast WTF with Marc Maron. He was upset by the film’s queer subtext and called the film a “piece of sh*t.” He also went on to lambast New Zealander director Jane Campion for not being from America, saying “what the f*ck does this woman from down there, New Zealand, know about the American west? And why in the f*ck does she shoot this movie in New Zealand and call it Montana and say, ‘This is the way it was.’ That f*cking rubbed me the wrong way, pal.” Elliott’s comments on the film drew criticism from across the film community.

Per Digital Spy, Benedict Cumberbatch spoke about Sam Elliott’s comments during the BAFTA Film Sessions on March 4, 2022. While discussing why it is necessary for films to address toxic masculinity, he mentioned that “without meaning to stir over the ashes of that, someone really took offence to… the West being portrayed in this way.” He said that “people still exist in our world,” who experience “aggression and anger and frustration and an inability to control or know who you are in that moment.” He insists that “there’s no harm in looking at a character to get to the root causes of that.” Read his full quote below:

I’m trying very hard not to say anything about a very odd reaction that happened the other day on a radio podcast over here.

Without meaning to stir over the ashes of that […] someone really took offence to – I haven’t heard it so it’s unfair for me to comment in detail on it – to the West being portrayed in this way.

These people still exist in our world. Whether it’s on our doorstep or whether it’s down the road or whether it’s someone we meet in a bar or pub or on the sports field, there is aggression and anger and frustration and an inability to control or know who you are in that moment that causes damage to that person and, as we know, damage to those around them.

There’s no harm in looking at a character to get to the root causes of that. This is a very specific case of repression, but also due to an intolerance for that true identity that Phil is that he can’t fully be.

The more we look under the hood of toxic masculinity and try to discover the root causes of it, the bigger chances we have of dealing with it when it arises with our children.

Cumberbatch was clearly aware that he couldn’t just ignore Elliott’s words without acknowledging them. However, his response was very measured, speaking more to the power of the film rather than the comments themselves. By linking the comments to his discussion of the film’s theme of toxic masculinity, he said what he intended to say without starting a brand new media firestorm and distracting from The Power of the Dog’s powerhouse awards campaign.

Elliott’s criticisms of Power of the Dog seem to largely miss the point of the movie’s message, one that has resonated with plenty of people, especially the Academy. It remains to be seen how many of its 11 Oscar nominations The Power of the Dog ends up taking home. However, the film has been performing well across the season. In addition to being listed as one of AFI’s Top 10 Films of the Year, it won Best Picture at the Chicago Film Critics’ Association and Best Drama at the Golden Globes.

Next: Sam Elliott Is Wrong About The Power of the Dog