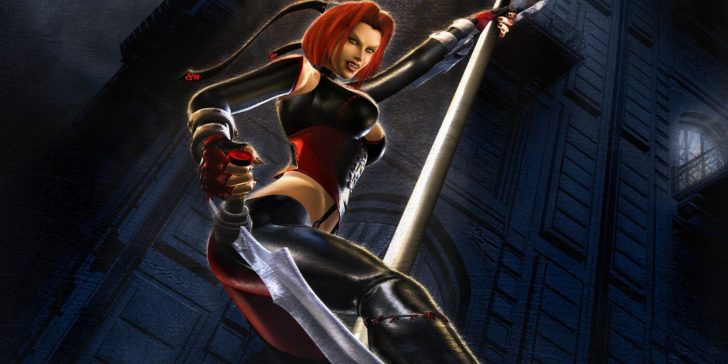 Originally released in 2002, BloodRayne is a hack and slash action-adventure that follows half-vampire, Rayne, as she tries to protect humanity from supernatural creatures and the occult-obsessed Nazis in the 1930s. Compared to other title’s in the genre at the time, the series featured an oppressive atmosphere with extensive blood and gore and violent game mechanics such as an expansive limb dismemberment system and the ability to feast on enemies to regenerate. The game was given a favorable reception by critics and fans alike for its expanded gore features and mild themes, later receiving both a BloodRayne movie adaptation in the mid-2000s and a side-scrolling platform game called BloodRayne: Betrayal which was released on seventh generation consoles and additionally received a remaster in 2021 by Ziggurat Interactive.

Announced in a press release, Ziggurat Interactive has revealed that the studio is releasing patches for BloodRayne: ReVamped and BloodRayne 2: ReVamped that will fix several technical issues in each title and bring back its original cheat codes. Some of the fixes include updates for user settings, audio and visual glitches, crashes, game physics, as well as changes to achievement/trophy functionalities for both titles. Available on all platforms including PC, the patch also includes both titles’ cheat codes, giving players instant powers, unique abilities, a secret level to explore, and much more that need to be used cautiously, as they disable achievements. Additionally, both enhanced versions are 15% off on the eShop until February 18, so Nintendo Switch players can grab them at a discount for a limited time.

The BloodRayne franchise recently experienced somewhat of a revival after Ziggurat Interactive revealed in 2020 that it had acquired the rights to BloodRayne, Majesco Entertainment’s 2000s vampire action-adventure series. Having plans to do more than sticking its name on the franchise, the publisher worked with its original developers to release enhanced versions of each installment on PC and consoles and since then have continued to support the series.

With the enhanced versions of the first two installments continuing to be updated, the possibility of Rayne returning for a third installment in the main BloodRayne series is more likely than ever. Until then, however, players can experience the events and gameplay that helped BloodRayne’s heroine enter the gaming space with the enhanced Terminal Cut and ReVamped versions.

Next: Sims 4 Player Reveals Vampires Have A Hilarious Romance Problem

BloodRayne: ReVamped and BloodRayne 2: ReVamped is available on PlayStation 4, Xbox One, and Nintendo Switch.

The Batman 2 Could Have a Grounded Mr Freeze Says Director