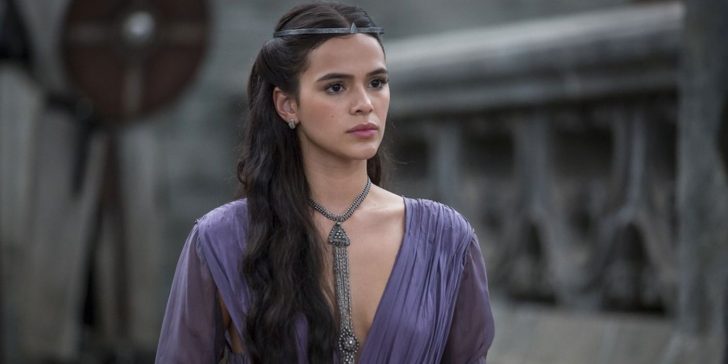 Blue Beetle star Bruna Marquezine shares an emotional video of her reaction to discovering that she had landed the role of Jenny in the DC movie.

Blue Beetle star Bruna Marquezine has shared an emotional video of her reaction to learning she had landed her new DCEU role. Warner Bros. is continuing to flesh out its DC cinematic universe by bringing more heroes and villains from the comic book pages to the screen. One of the next iconic heroes that will be coming to life is Jaime Reyes, better known to DC fans as the Blue Beetle. The Blue Beetle film has been in the works since 2018, but it wasn’t until 2021 that casting began happen. Cobra Kai star Xolo Maridueña, who was on the top of many fan-casting lists, is officially bringing the popular teen hero into the DCEU.

Charm City Kings director Angel Manuel Soto is set to helm the film, which was written by Gareth Dunnet-Alcocer. Originally, Blue Beetle was going to be an HBO Max original film, joining projects like Batgirl. However, in a surprise move, Warner Bros. and DC Films decided to make it a theatrical project that is set to release in 2023. It is so far unclear what the reasoning behind this change was, but it means that Blue Beetle will be seen on a traditional big screen. Production on the DC project is set to begin at some point this year, as additional cast members have begun to sign on. These include What We Do In The Shadows’ Harvey Guillén, Belissa Escobedo and, of course, Marquenzine.

Marquezine will be portraying the character of Jenny in the Blue Beetle movie. However, as plot details are still being kept under wraps, Marquezine celebrated her casting with a touching post. Taking to Instagram, the 26-year old Brazilian actress shared the video conference she had with Soto, when he informed her that she had landed the Blue Beetle role. Marquezine is left immediately speechless by the news, before becoming quite emotional. Watch the full clip below:

In the post’s caption, Marquezine expressed her extreme excitement and gratitude for her Blue Beetle casting, celebrating that “Dedication, commitment and integrity are always rewarded” and that “dreams come true.” She also specifically noted how her casting as a Brazilian actor felt particularly special and noteworthy, as something that “always seemed so distant in [her] life.” Marquezine’s excitement is understandable, since comic book adaptations have often been called out for their lack of diversity, as many have failed to place actors of color in leading roles. In contrast, Blue Beetle will be the first superhero film to be headlined by a Latinx character.

As Blue Beetle likely has more characters to cast, the biggest mystery so far is who the villain will be. As as is the case with many of Warner Bros./DC Films, that may be a secret the studios will try to keep under wraps for quite some time. It also remains to be seen what other DC characters may be incorporated into the story. Many have speculated that Guillén’s undisclosed Blue Beetle role implies the young actor will be playing someone very pivotal, and have attempted to guess who it may be. Hopefully, once Blue Beetle starts filming, more details will begin to emerge about both its story and characters.

MORE: How Powerful Blue Beetle Is Compared To The DCEU’s Justice League Heroes

Wordle Archive Gets Shut Down At Request of New York Times