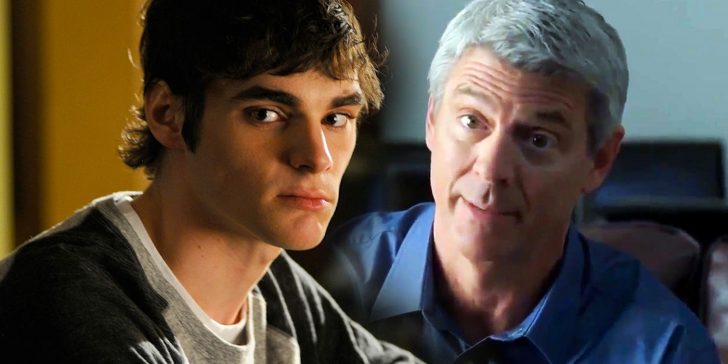 There’s a thought among some Breaking Bad fans that Ted Beneke is the father of Walt Jr., not Walter White, but here’s why that’s not the case.

There’s a belief among some Breaking Bad viewers that Walt Jr. (RJ Mitte) wasn’t the son of Walter White (Breaking Bad star Bryan Cranston) but instead, Ted Beneke (Christopher Cousins). Walt’s wife, Walt Jr.’s mother, Skyler White (Anna Gunn), had a complicated history with Ted, which was uncovered throughout Breaking Bad. Here’s why there’s speculation that Walt Jr. was the product of an affair between Skyler and Ted, including why it’s unlikely to be true.

Before the events of Breaking Bad, Skyler worked at Beneke Fabricators as a bookkeeper. The company was owned and run by Ted’s father until he took over. Skyler eventually quit, blaming a concern about toxic fumes, but it was hinted that her decision stemmed from sexual harassment from Ted. The character was officially introduced in season 2 when Ted gave Skyler her job back after Walt’s medical bills became an issue. Skyler and Ted began a brief affair the following season, but it ended quickly. Ted then found himself in trouble with the IRS and subsequently, Skyler turned to Better Call Saul’s Saul Goodman to teach the man a lesson.

Due to Skyler’s history with Ted, there were theories suggesting that the two had an ongoing affair the first time they worked together. Rather than unwanted advances, there was thought that Skyler quit after finding out she was pregnant with Ted Beneke’s child before Breaking Bad began. She wanted to remain committed to her husband, Walt, so she took Ted out of the equation. When Skyler was rehired at Beneke Fabricators, Ted once asked about Walt Jr., and when Skyler replied that he was doing well, her boss responded by saying he must have “good genes.” Some viewers understandably thought this was a hint that Ted was aware that Skyler’s son was his. Given Ted’s somewhat charming personality, it’s a logical leap to think that he would subtly acknowledge this fact almost as a small joke, but it’s also just as likely that he meant the comment sincerely, especially since he’s not known as being one of Breaking Bad’s cleverer characters. Regardless of how Ted’s comment is meant to be read, however, other evidence in Breaking Bad reveals why Walt Jr. isn’t Ted Beneke’s son.

There is no real evidence that Ted is Walt Jr.’s real father. Though it was established that Ted once made a drunken pass at Skyler, there isn’t any clear evidence that they had a physical relationship in the past. Ted was clearly a major flirt and had eyes on Skyler for a long time, but that doesn’t mean he was the father of her child. When Skyler returned to her job as a bookkeeper, it was out of desperation. That said, she probably wouldn’t have returned to that specific workplace if it was the location of her son’s true father. There were already enough issues among Skyler’s family in Breaking Bad so adding that drama to the mix wasn’t her mission, nor did she have the intention to have an affair with Ted.

Walt Jr. struggled with the perception of his father, especially in the later seasons of Breaking Bad. After worrying about Walt’s cancer diagnosis, their relationship became strained when Walt started to exhibit odd behavior. For a time, Walt Jr. even decided to go by the name Flynn. When the tension between the family truly got bad, Skyler would have used the identity of Walt Jr.’s real father against her husband out of spite. She would have also come clean to Walt Jr. to give her son some hope after Walt let him down time and time again, even though Ted was in the hospital and not a morally ideal man. Considering she did neither proves that Ted was never a factor, and illustrates why Skyler sticks with Walt to Breaking Bad’s end (or at least tries to).

The Flash Forgets Its Own Rules For Superheroes