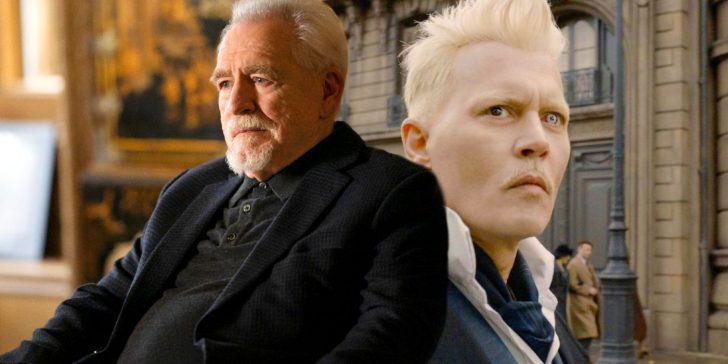 Brian Cox reveals he regrets saying that Johnny Depp is “overblown and overrated,” and is even amending his book in an effort to rectify things.

Brian Cox reveals that he regrets his past comments about Johnny Depp being “overrated.” Cox, who currently stars on the hit HBO show Succession as ruthless family patriarch Logan Roy, has had a long and successful career dating back to his TV work in the 1960s. Cox has starred in a number of hit movies over the years, including Braveheart, Super Troopers, The Bourne Identity, X2: X-Men United, Zodiac, and many more. In addition to his acting career, Cox also recently released a memoir, Putting The Rabbit In The Hat, which has stirred up a good deal of controversy.

In his book, Cox shares what he really thinks of various celebrities, holding nothing back. One such celebrity the actor targets is Depp, with Cox saying, “Personable though I’m sure he is, he is so overblown, so overrated.” The remark in the book comes after Cox reveals that he turned down the role of Governor Swann in the Pirates of the Caribbean franchise (a role that would ultimately go to Jonathan Price), stating that the role was “thankless” and that Pirates of the Caribbean was the “Johnny Depp as Jack Sparrow” show.

In a new interview on Jimmy Kimmel Live, Cox reveals that he regrets his comments about Depp. Cox explains that he “went for the easy joke” and that he was “just being a bit glib.” In an effort to soften the blow his words may have had, Cox says that he’s added a note to the latest version of his book, which will be published in the UK. Check out Cox’s full comment below:

“I’ve written an addendum to this book, it’s going to be published in paperback in the UK. I just thought I was being a bit harsh. You know what it’s like, you go for the easy joke. And I went for the easy joke. That was what happened, and I sort of regretted it. Because I’m not like that normally; I was just being a bit glib, a bit flip.”

While Cox doesn’t reveal exactly what the addendum says, it’s clear that the veteran actor feels remorseful about his jab at Depp. Cox previously clarified his comments about Depp, saying he does not disrespect the actor, and praised some of his work. Depp himself has not responded to Cox’s comments in the book, but many of his fans certainly took issue with the insult and expressed their frustration across various social media platforms. In the same interview, Cox claims that, while he has not personally heard from Depp, he has heard a lot from Depp’s fans, whom Cox refers to as “a CIA agency that works on his behalf.”

Although Cox did find himself in a bit of hot water regarding some of the comments in his memoir, the controversy is certainly helping with the publicity for his memoir. With the actor now publishing a new UK edition with an added note specifically addressing his comments about Depp, Putting The Rabbit In The Hat is likely to see an increase in popularity. It remains to be seen whether Johnny Depp will ever publicly address Cox’s comments, but, at the very least, it seems like Cox now has a clear conscience.

More: Why Johnny Depp Has Never Won An Oscar