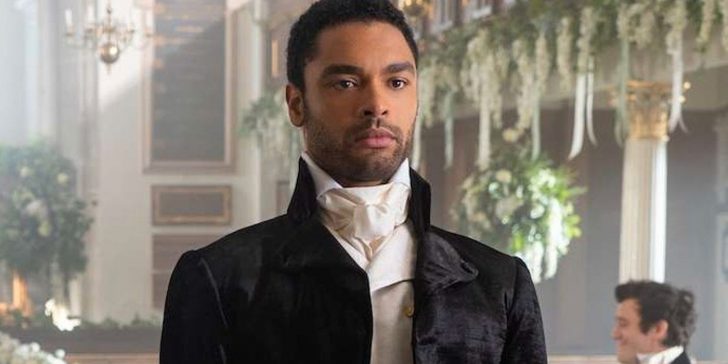 Bridgerton will be missing its breakout star, Regé-Jean Page, in season 2, but creator Chris Van Dusen promises he still remains a part of the show.

At least one Bridgerton season 2 mystery has been cleared up, as creator Chris Van Dusen sheds some light on where the beloved Simon is this time around. At long last, Netflix’s hit period romance series Bridgerton returns for season 2 this Friday, and it’ll showcase a brand new love story for audiences to swoon over. Taking inspiration from author Julia Quinn’s second book, The Viscount Who Loved Me, Bridgerton will now focus on eldest son Anthony (Jonathan Bailey) as he looks for a wife. He sets his sights on the ton’s newest “diamond” Edwina Sharma (Charithra Chandran), but her protective sister Kate (Simone Ashley) vows not to make it so easy for him.

Though there’s much excitement surrounding Anthony’s own romance, many fans are mourning the apparent end of season 1’s love story. Bridgerton became an international success in late 2020 thanks to the steamy affair between polished Daphne (Phoebe Dynevor) and rakish Simon, the Duke of Hastings (Regé-Jean Page). The series turned Page into a bona fide star, so when it was revealed that he would not be returning for season 2, audiences were stunned. Dynevor will be back in a limited role for Bridgerton season 2, leaving fans to wonder just what explanation will be given for Simon’s absence.

Now with the Bridgerton season 2 premiere just days away, Van Dusen has told TVLine that while Simon won’t appear on screen, his presence will still be felt. That’s because Daphne makes a mention of him early on in the season and reveals she’s left Simon back home while she travels to London to spend time with her family. In other words, no, Simon is not dead. Van Dusen said:

“We do reference Simon. In the very first scene of Season 2, Daphne mentions she left her husband and baby at home [to be there for Eloise’s debut]. Unfortunately, it didn’t work out in terms of Rege being a part of the second season, but he will always be Bridgerton‘s Duke. He’s not going anywhere in the world of the show. And just because we don’t see him, it doesn’t mean that he’s not there.”

Bridgerton intends to follow Quinn’s model, which covers the tale of a different sibling with every book. Because of that format, there isn’t much of a story for Simon and Daphne in The Viscount Who Loved Me, meaning there isn’t actually a need to have Page onscreen. At the same time, the actor’s growing star has brought him a slew of high-profile projects, and he’s even a popular pick online for the role of James Bond. Though it would be nice to see how Simon is settling into fatherhood, both Page and Bridgerton season 2 have other stories to tell.

Still, fans will likely be relieved to hear that nothing serious has befallen their smoldering Duke. As Van Dusen reiterated, Page will always be within the Bridgerton family, and with the series guaranteed to return for at least two more seasons beyond this upcoming one, there could be room for a cameo down the line. For right now, audiences will have to content themselves with just a mention or two, but that’s okay. There will be plenty of other scandals to occupy everyone.