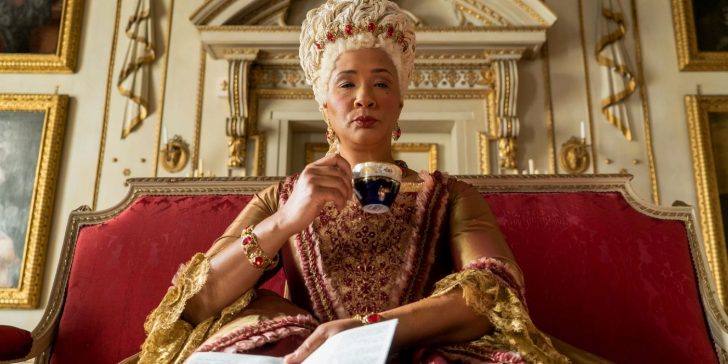 Hot off the heels of the release of Bridgerton season 2 on Netflix, the prequel series about a much younger Queen Charlotte has finally found its lead. The Regency-era series primarily follows the pursuits of the titular family as they grapple with obliging to their sense of duty and following their hearts. The Bridgerton spinoff was announced last May with details revealing it would be a limited series penned by Shonda Rhimes, following how Queen Charlotte (Golda Rosheuval) came into her position. Season 2 already started to set up Queen Charlotte’s backstory by having Edwina Sharma (Charithra Chandran) attempt to calm a disoriented King George III down by recounting his own love story with Queen Charlotte.

Today, THR reported that the prequel series has cast India Amarteifio (Line of Duty) to play the younger version of Queen Charlotte, with Bridgerton’s talented Golda Rosheuval reprising her role as a version of Queen Charlotte viewers have already come to know and love. Actresses Adjoa Andoh and Ruth Gemmell will also reprise their roles as Lady Agatha Danbury and Lady Violet Bridgerton, respectively. Other cast members for the prequel show include Michelle Fairley (Game of Thrones) as a dowager princess named Augusta, Corey Mylchreest (The Sandman) as a younger King George III, and Arsema Thomas as younger Lady Danbury.

Previously, the only details known about the show’s plot was that it followed the love story between Queen Charlotte and King George III. More information from THR now reveals that the show will follow a young Charlotte who is betrothed to England’s King against her will and must learn to adapt to a royal family that’s not everything she expected. King George III, who’s always been adept at bearing the weight of the crown, will face his own difficulties in sharing his space with another person and being forced to confront his inner demons. Since the series will see original Bridgerton characters return alongside younger versions of themselves, it will be curious to see how this show jumps from the present back to the past and the love story that started it all.

Shelby Wyatt has been a news writer for Screen Rant since March 2022. They have been a published writer/photographer for over two years and are more than excited to get into the business of writing entertainment news.

They are currently based out of Albuquerque, NM where they live with their partner and the world’s cutest corgi mix named Radar. Ever since they were a child they have loved all that’s nerdy, geeky and everything in between. One of their biggest dreams is to get to attend the San Diego Comic Con someday.