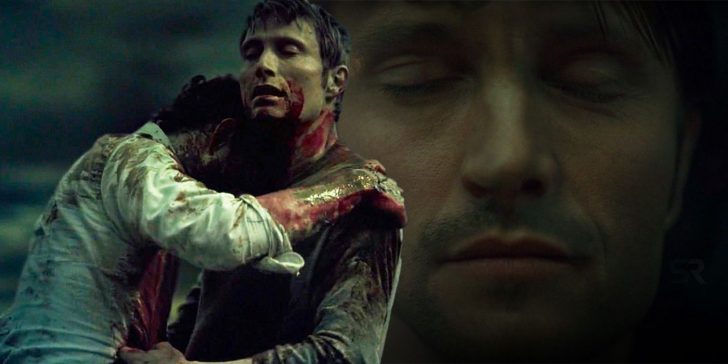 Hannibal showrunner Bryan Fuller says he regrets not having Will Graham and Hannibal Lecter kiss in their final scene together of the series finale.

Hannibal showrunner Bryan Fuller says he regrets not having Will and Hannibal kiss in the series finale. Six years after the last Hannibal Lecter movie was released in 2007, Hannibal Rising, NBC premiered a TV show based on the iconic fictional serial killer. Hannibal aired for three seasons and delivered a surprisingly gory show for a broadcast network. Despite mainly receiving glowing reviews from fans and critics, Hannibal was canceled in 2015 due to low ratings.

One of the most interesting aspects of the series was the relationship between Will Graham (Hugh Dancy) and Hannibal Lecter (Mads Mikkelsen). When the series started, Will was working as a Criminal Profiler to track down serial killers alongside Jack Crawford (Laurence Fishburne). As the FBI began to investigate the killings of the Chesapeake Ripper, Hannibal is brought on as a consultant. Hannibal and Will had a strained relationship for the duration of the series, but by the final episode, when Hannibal and Will kill Francis Dolarhyde, it’s clear that the two both have romantic feelings for one another.

Will and Hannibal never became physically involved, which is one of Fuller’s regrets about the series. While speaking with EW, Fuller explained how he wished they would have ended the series with Will and Hannibal sharing a kiss. Fuller says that they filmed multiple takes of Will and Hannibal’s final scene together, but the one that ended up in the finale “struck the right balance.” The showrunner still seems happy about the finished product but admits that he might include the kiss if he did the finale over. Fuller’s full comment can be read below:

There were several takes and there was never any actual lip locking. But there was a lingering [in one take] where Mads’s lips parted, hovering over Will’s mouth in a way that went on… For a while. When I was watching dailies, it seemed like an eternity. The issue for me was always, I didn’t want to make their love story expectational or artificial or forced. I always wanted it to be organic. I didn’t know in that moment if it would cross over into that level of physicality beyond holding each other, and there was something about holding each other and leaning in to each other and looking deeply into each other’s eyes that felt more authentic and more romantic to me than a kiss ever would.

But if I had to do it again, I might suggest to kiss and see how it played. But neither of the actors were ever afraid of going there. If there were any concerns, it was always just about the remaining authentic. That certainly was my goal because, yes, I absolutely wanted to see them kiss. That would be wank bank material for the best of us [Laughs]. But I was just really trying to maintain authenticity in the moment. The shot that’s in there felt the most authentic and felt like it struck the right balance. But if I could get back into the editing room, I might do something differently now.

Will and Hannibal never openly discussed romantic feelings for one another on the show, yet the subtle LGBTQ+ storyline has been praised since the series went off the air seven years ago. Based on Fuller’s comments, it’s clear that taking Will and Hannibal’s relationship to the next level was at least discussed. Mikkelsen’s comments from last year echo Fuller as well, with the actor previously revealing that while it was considered, he never filmed a scene kissing his male co-star. There’s no doubt that many “Fannibals” would have liked the pair to lock lips, but had their relationship become physical, some may have found it forced, as Fuller said.

Even though Hannibal season 4 never happened, there is still hope for their romance to continue. Fuller and most of the cast have remained open to the idea of returning even though a streaming service never picked up the show as many had hoped. Hannibal is teased to still be alive in the series final scene despite him and Will falling off a cliff, yet their fates were never overtly clear. It, unfortunately, seems unlikely that Hannibal will ever get renewed. But if it does, and Will ended up surviving the fall, it’s possible he could finally share a kiss with his former cannibalistic psychiatrist.

Christopher is a news writer, editor, and trainer at Screen Rant. He graduated from Rock Valley College in 2018 with an Associate of Arts degree and a Media Production Specialist certificate.