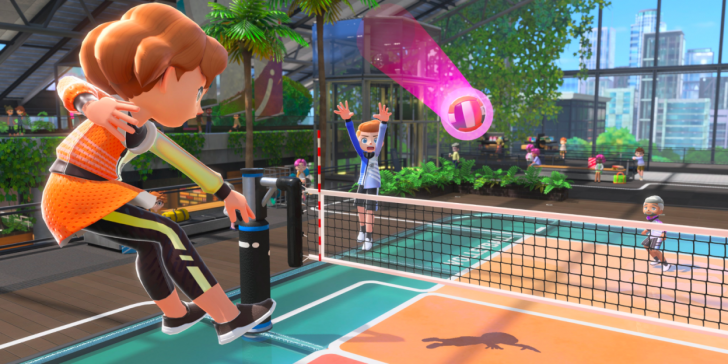 I loved Wii Sports and its sequel, Wii Sports Resort. And despite the kind of weird look of the characters in the upcoming Nintendo Switch Sports, I’m looking forward to that game, too. There’s just one problem — I own a Switch Lite, the version of the console without detachable Joycons or the ability to play on a TV screen. Obviously, Switch Lite owners won’t be able to make use of the game’s motion controls — but can we still play the game using more traditional inputs?

Well, no. Nintendo Switch Sports, like its predecessors, is built from the ground up around motion controls. That means there’s no alternative control method, which would after all probably just turn the title into a low-complexity minigame collection. However, you can play Nintendo Switch Sports on a Lite, even though Nintendo has warned that the game isn’t compatible with the hardware.

See, you can still pair the Switch Lite with external controllers. That means you can get a pair of Joy-Cons, connect them to your Switch Lite, prop it up somehow, and play Nintendo Switch Sports that way. It’s not an elegant solution, and most Switch Lite owners probably don’t have a pair of Joy-Cons lying around. I doubt I’ll actually try it — imagine trying to keep your eyes on that tiny screen while you’re flailing around — but it is, in fact, possible. And hey, maybe we’ll get a fun video of someone trying to play tennis with their face jammed up against the screen out of the bargain.

As someone who rarely docked my Switch, the Lite has been the perfect version of the console for me. It feels better to hold, I don’t have to worry about the Joy-Cons sliding off the screen, and personally I think it just looks nicer than the launch Switch. It feels like one of the best handhelds Nintendo has ever produced. But it does come with some downsides, like the lack of versatility of the original model and a worse battery life.

Additionally, a handful of first-party games haven’t been designed with the Lite in mind, like Nintendo Switch Sports. Other previous titles that haven’t been officially compatible with the Lite include Ring Fit Adventure, Nintendo Labo, and the launch release 1-2-Switch. For me, it’s been worth the trade-off, but I will look on with a little envy as my friends with other Switch models have themselves an athletic adventure in Nintendo Switch Sports. Maybe I’ll have to boot up Wii Sports Resort on my Definitely Real Wii that isn’t just my PC I hooked a Wiimote up to and relive the good times of 2009 instead.

Nintendo Switch Sports releases on April 29. If you’re looking for new Switch games that will run as intended on your Switch Lite, then you might want to check out 13 Sentinels: Aegis Rim (out now), Bugsnax (April 28), and Fire Emblem Warriors: Three Hopes (June 24). And be sure to stay tuned for more coverage of Nintendo Switch Sports as the game draws closer to release.