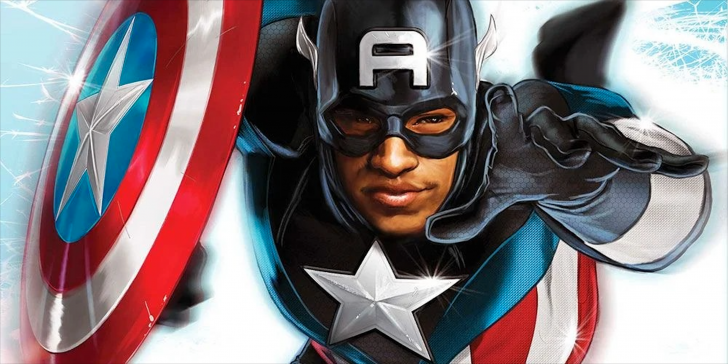 “With great power comes great responsibility” is a quote worth living by, and when Miles Morales becomes Captain America, that lesson is still valid.

Warning: Spoilers for What If… Miles Morales #1!

In comics, Spider-Man’s “With great power comes great responsibility” is an iconic phrase that inspires all who hear it, and when Miles Morales becomes Captain America, that lesson follows him on his quest as the next super-soldier of Marvel Comics! If only Uncle Ben knew how far-reaching this little bit of advice has become!

The latest entry in Marvel’s popular What If… series of alternate tales, What If… Miles Morales #1, by Cody Ziglar and Paco Medina, follows a slightly different version of Miles in a world where the freedom fighter known as Captain America has perished fighting the good fight way back in World War II. A fan-favorite Spider-Man in regular Marvel continuity, this series shows Miles taking on a role he was never meant to have, but one that he eventually excels at nonetheless.

Related: Miles Morales’ Invisibility Just Got An Upgrade From A Major Villain

Put into motion by Miles’ father and his Uncle Aaron during a time when they were involved in a new super-soldier program sanctioned by the government, Miles’ transformation into Captain America comes about after Aaron steals some of the serum for himself, inadvertently putting Miles on the path of becoming the next great hero of the What If… universe in the process. Accidentally gassing himself with the serum, Miles has no choice but to become the newest Cap on the streets, with Spider-Man’s iconic line following him every step of the way.

Talking with his Uncle Aaron whilst in the middle of thwarting the evil villain named Grey Skull, Miles let’s slip that even though he never wanted the role of Cap to begin with — that he never “asked for this power” or “this responsibility” — he did the best he could, especially considering it was Aaron’s muck-up that pushed him into the superhero business in the first place. And while this isn’t a word-for-word callback to Spidey’s mantra, the intentions are clearly there, showing that Miles’ Spider-Man life still affects him across dimensions.

A quote that often acts as a guiding light for the many versions of Spider-Man across the multiverse, the fact that Miles dances around saying it fully only for it to still come out in a way that’s obvious to readers speaks volumes as to how powerful Spider-Man’s very first lesson truly is. Throw in the fact that Miles never really wanted the role of Captain America to begin with, yet still somehow finds his way back to using his power responsibly, and this issue successfully shows that regardless of the heroic mantle he might be donning at the moment, Miles is still going to be the hero people need, alternate realities be damned!

Brian is first and foremost a nerd in every way shape and form. He likes to compare himself to a black hole, consuming any and every form of entertainment unlucky enough to get caught in his gravitational pull. It’s not uncommon on any given day for him to read a couple comics, settle down with a good book, watch a few movies (inside and out of the theater), catch up on his ever growing but never depleting streaming queue, challenge himself with a few good video games, and of course, write his heart out. He spends every waking moment dreaming up interesting and intriguing concepts and ideas that will hopefully one day inspire and entertain anyone looking for an escape from their daily lives. Graduating from Full Sail University in good old humid Florida, Brian currently lives and works in New York City and lives for the day when all he has to do is wake up and create something unique and new for people to enjoy.