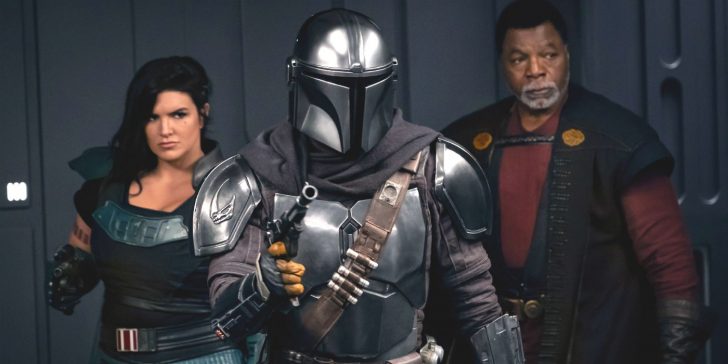 Carl Weathers, in addition to reprising his role as Greef Karga, confirms that he’s returning to The Mandalorian to direct an episode of season 3.

Carl Weathers confirms that he will return to direct an episode of The Mandalorian season 3. Weathers made his Mandalorian debut as the magistrate Greef Karga in the show’s very first episode, which released on Disney+’s U.S. launch day in 2019. The character was responsible for leading Din Djarin (Pedro Pascal) to the bounty hunting job that brought him to Grogu, the “Baby Yoda” who has taken the world by storm. Greef Karga, now a beloved character in the Star Wars universe, became an important part of Din’s team in season 1 and even returned for an episode in season 2.

In addition to returning as Greef Karga in season 2, Weathers made his Mandalorian directorial debut by putting himself in front of as well as behind the camera in “Chapter 12: The Siege.” Weathers joined a team of many incredible directors for season 2, including executive producers Jon Favreau and Dave Filoni, Peyton Reed, Bryce Dallas Howard, Robert Rodriguez, and Rick Famuyiwa. Weathers’ episode saw Din return to Nevarro, the planet where the Bounty Hunter’s Guild operated from and where Din’s covert once lived, where he reunited with his season 1 friends to help them fight Imperial remnants.

Related: Why The Mandalorian Season 3 Is Taking So Long To Happen

Weathers has recently confirmed via Twitter that he’s returning to The Mandalorian to direct an episode of season 3. He’s already shared that Greef Karga will return, and now he’s revealed he’s back behind the camera as well. When asked by a fan if he was returning to direct in season 3, Weathers quoted the tweet with an enthusiastic, “Affirmative as DIRECTOR!” He also added a “This Is The Way” for good measure before sending it off. See the tweet for yourself below:

Weathers is one of the first directors to be confirmed for season 3 of The Mandalorian. Howard, whose work on “Chapter 5: Return of the Mandalorian” of The Book of Boba Fett strongly resonated with audiences, has been rumored to return, but with no true confirmation just yet. In keeping with the directorial patterns of season 1 and season 2, it’d be reasonable to expect episodes directed by Favreau and Filoni as well, though that hasn’t been confirmed, either. Weathers is the first to be officially confirmed for the directorial team of The Mandalorian season 3, which promises a thrilling and fun episode to audiences.

If Weathers follows his season 2 precedent of directing the episode he appears in, then viewers can anticipate seeing Greef’s name just after Weathers’ in the credits of his season 3 episode. The return of Weathers both as director and as Greef Karga poses an interesting question for Din Djarin’s story in the upcoming season. The end of The Book of Boba Fett saw Din and Grogu aboard the Mandalorian’s new N-1 Starfighter with no true destination in mind. The Djarin duo could be headed to Nevarro to lay low until Din decides to pursue his quest to seek atonement on Mandalore—thus accepting Bo-Katan Kryze’s (Katee Sackhoff) season 2 invitation to help her retake the planet. Greef could also offer to watch Grogu if the journey to Mandalore is considered too dangerous for the little one. No matter what happens in Weathers’ season 3 episode, viewers can rest assured that something exciting is brewing with the returning director of The Mandalorian.

Next: How Boba Fett Sets Up The Mandalorian Season 3: All 5 Story Hints