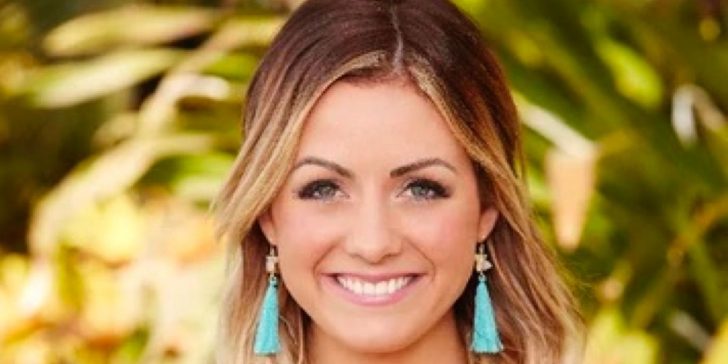 A year and a half after her split from her husband, Evan Bass, Bachelor In Paradise star Carly Waddell says that she is ready to start dating again.

Bachelor In Paradise star Carly Waddell said that she is ready to start dating again a year and a half after her split from her husband, Evan Bass. Carly, who is now 36 years old, first won the hearts of Bachelor Nation when she appeared on Chris Soules’ season of The Bachelor in 2015. She then joined the cast of Bachelor In Paradise season 2 that summer and returned for Bachelor In Paradise season 3 in 2016. It was there that she met a divorced single dad of three boys Evan Bass, who had previously appeared on JoJo Fletcher’s season of The Bachelorette. It wasn’t exactly love at first sight for the couple, as Carly was unsure about how she felt about him at first.

Fans of Bachelor In Paradise were surprised when the unlikely couple’s love began to grow. Evan proposed to Carly on the season finale, and she accepted. The following year, their wedding aired on the show, with former host Chris Harrison officiating. In February 2018, Carly gave birth to their daughter, Isabella Evelyn, and their son Charles Wolfe was born in November 2019. The couple once again shocked Bachelor Nation when they announced their split in December 2020. Carly revealed that she and Evan had separated the day after Thanksgiving in November 2020 after trying for a long time to make it work and going to therapy. They later divorced. Carly explained that their biggest downfall was focusing more on the kids than they did on themselves.

In an interview with Hollywood Life, Carly revealed that she is ready to start dating again a year and a half after her breakup with Evan. She said that the time after their split has been like a rollercoaster, but her advice to single moms who are starting to date again is that it is going to be okay and it gets easier. She explained, “When everything first went down, I was in a way different place than I am now. I was in the bottom and now I feel like I’ve risen. But I do feel like it gets easier. You get less sad. You get stronger. I feel like I’ve found myself again.” Carly said that women tend to lose themselves in motherhood, and they forget that life is not just about their kids.

Carly revealed her plans for 2022, saying that she is doing things for herself again. She revealed, “I’m going to start dating again. I’m gonna maybe get extensions again. I’m getting back in the game!” The former cruise ship singer also shared that she is putting out music this year. In addition to these plans, Carly has partnered with Poise Ultra Thin Pads with Wings along with Jade Roper, her good friend and former Bachelor In Paradise castmate with whom she co-hosts the podcast, Mommies Tell All.

Carly has had quite a journey since she began her time in Bachelor Nation. Since she is ready to begin dating again, perhaps she will return to the beach in Mexico for the next season of Bachelor In Paradise. Her good friends Ashley Iaconetti and Jared Haibon have even expressed their hope that Carly will be the next star of The Bachelorette. Whatever she decides, Carly deserves to find lasting love.