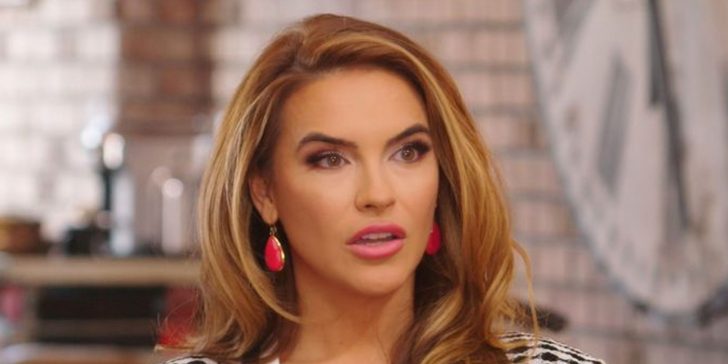 Former soap opera star and realtor on Selling Sunset, Chrishell Stause reveals she was almost cast as the lead in The Bachelorette season 4.

Former soap opera star and current Selling Sunset cast member Chrishell Stause blames Ellen Degeneres for ruining her chances of being cast as The Bachelorette for its fourth season. Fans were first introduced to Chrishell when she started appearing on the soap opera All My Children, and has worked hard to make a name for herself. In 2019, Chrishell went through a very public divorce, when her husband at the time, This Is Us star Justin Hartley, after two years of marriage. On the show, Chrishell said she was blindsided by Justin’s decision to file and shared how upset she was about it to her cast mates. At the time, friends of the couple claimed they were also shocked by the divorce, saying they knew there were problems, but hoped they could work it out.

Since her breakup with Justin, Chrishell has moved on, appearing on a number of shows. She competed on season 29 of Dancing With The Stars with pro dancer Gleb Savchenko. While the two were eliminated in week 8, Chrishell walked away with a new relationship. She announced shortly after the show wrapped that she was in a relationship with a dancer from the show, Keo Motsepe. The two dated for a while but ultimately broke up after three months of dating. In July 2021, Chrishell confirmed her relationship with her boss and fellow co-star Jason Oppenheim, but they also broke up a short while later in December 2021.

Chrishell is now opening up about the circumstances under which she was almost cast as The Bachelorette. As reported by Monsters and Critics, Chrishell claims she was almost named the bachelorette for season 4, before being switched out at the last minute. Chrishell explained that she had a meeting with executives casting for that season in which they agreed she would be announced as the lead of the show after the season 11 finale of The Bachelor. It was 2008, and Chrishell had just ended her relationship with Matthew Morrisson, who would go on to star in Glee. In her book, Under Construction: Because Living My Best Life Took a Little Work, Chrishell blames Ellen for losing out on the opportunity, since Ellen suggested DeAnna Pappas be the next bachelorette while interviewing her. As fans of the show may know, DeAnna ended up as the bachelorette. Chrishell says once Ellen made the suggestion, fans got excited, and the network decided to go with DeAnna instead. At the time, Chrishell remembers being really upset.

Network executives have confirmed this story before, releasing statements about how influential Ellen was in deciding casting that year. According to them, besides casually mentioning she thought DeAnna should be cast, Ellen also called the president of the network and fought for her to be cast. ABC executive Robert Mills revealed that at that point, they had no choice but to cast DeAnna in that top spot. At the end of her season, DeAnna accepted professional snowboarder Jesse Csincsak’s proposal, but they ended up calling off their engagement not long after their final episode aired.  Robert however never let go of the idea that Chrishell would have been a great bachelorette.

Chrishell has been on the hunt for love since she first broke out in Hollywood, so it would have been nice to see if she truly would have found the love of her life is she was cast on The Bachelorette. It will be interesting to see if she starts the new season of Selling Sunset with a new man in her life, or if she is happily single.

Why Jim Carrey Is Only Making Sonic Movies Now