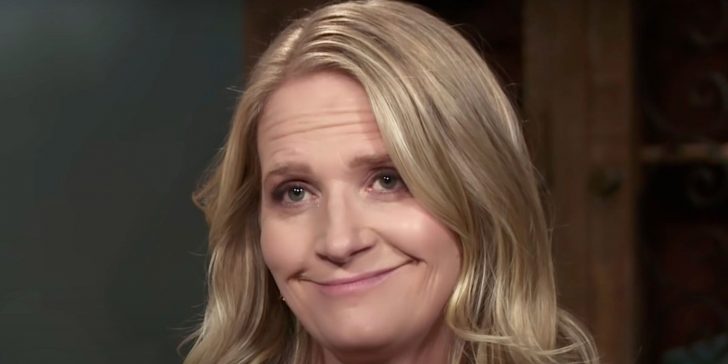 The third wife of Kody Brown, Christine Brown, has been given her own TLC spinoff show where she will be cooking with viewers and her children.

Sister Wives season 16 has just ended, but Christine Brown wasted no time in sharing the news that TLC had decided to give her a spinoff show. The third wife of Kody Brown is having the last laugh now that she will be able to support herself without the rest of the large family. Fans are looking forward to seeing Christine back on the small screen once more and in a different setting.

For most of their early marriage, Christine served as the homemaker for the Brown family. The third wife single-handedly raised more than a dozen of Kody’s children, so she knows a thing or two about mothering. Christine has been honing her skills for years, especially since parenting is a full-time job. While the other wives left the home to work, Christine was readying herself to be the best homemaker there could be. The Sister Wives star is ready to take everything she learned in the kitchen and share it with her loyal followers on her new TLC show.

Related: Sister Wives: Why Kody Brown’s Jealousy Is Really, Really WeirdTLC and Christine dropped some exciting news after the finale of Sister Wives season 16. The mother revealed that she had been given the chance to star in her own show, which will center around cooking. For months, Christine has been spotted in the background of her children’s videos, working in the kitchen, and now fans understand why. Christine will be bringing some of her family’s favorite recipes to the network’s digital platform. The new show will be called Cooking with Just Christine.

The new series will be dropping every Sunday on TLC.com. Sister Wives fans may not have known just how much the TLC personality loves to cook. Each week she will share a brand new dish along with some comical relief from her children, who will also make an appearance. The trailer shows Christine using a slap chop to make yummy breakfast sandwiches and even her famous carrot cake. Now, viewers will be able to cook just like a sister wife.

Sister Wives fans just watched the last part of the tell-all sit down where Christine shared that her marriage changed when she learned to stand up for herself. Kody didn’t like his new outspoken wife and started to withdraw from the relationship. Christine is thriving on her own back in Utah. Kody, on the other hand, is trying his best to keep his other three wives but is failing. Viewers are just happy to see Christine up and about and living for herself.

Next: Sister Wives: Why Janelle Visited Her Grandchildren Instead Of Seeing Kody

90 Day Fiancé: Where Are Stephanie Davison & Ryan Carr After Season 8