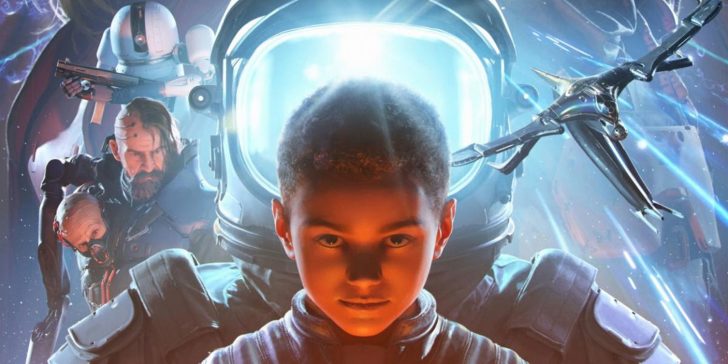 Coheed and Cambria, the progressive rock band, is just about a month away from releasing their new album Vaxis Act II: A Window of the Waking Mind. The band also has a few connections to video games, whether that be in the form of their lead singer playing and singing about games on Twitch, or in the now delisted mobile fighting game called The Amory Wars: The Fall of the Keywork, which was set in the band’s concept album universe. But despite it not going well the first time (as vocalist/guitarist Claudio Sanchez admits) it seems like the band hasn’t been entirely scared away from using games to promote its music, as another Amory Wars video game exists: an endless runner called Vaxis II: The Game. And it’s…entirely functional!

The game is free and playable on a web browser, and puts you in the endless running shoes of either Creature or Sister Spider, the two main characters introduced in the band’s last concept album, Vaxis Act I: The Unheavenly Creatures. These are the stars of the band’s latest records, which take place in a science fiction universe the band has been singing about for over 20 years at this point. The Vaxis game is exactly what it sounds like, and it being playable and inoffensive is more than could have been said about The Fall of the Keywork, so that is an improvement, to me. The best part of the game is that it plays music from the band’s next album set to release on May 27. I’ve really loved every song the group’s put out to promote the record. “The Liars Club” is a straight up banger.

I know it probably comes off as me making fun of this band, but this group has been my favorite for about 15 years at this point. It comes from a place of love, and I’m really excited to hear the new record and see them live this summer.