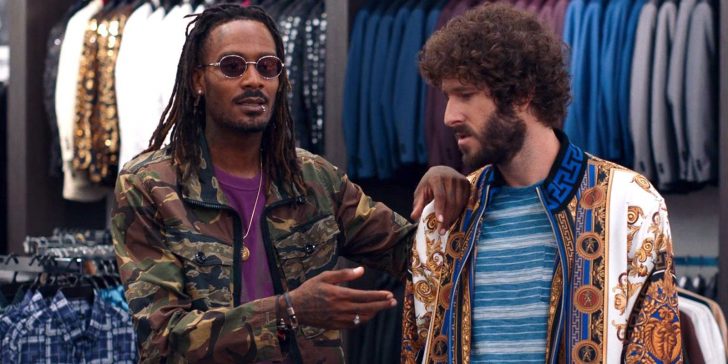 FX’s Dave breakout star Davionte “GaTa” Ganter is developing an animated television project titled Ghetto Brilliance in a collaboration with Onyx Collective, a company that hails from the Disney brand. GaTa is known for his breakout role on Dave, the half-hour FXX series comedy based on the life of rapper and comedian Dave Burd, better known as his musical name Lil Dicky. Burd has contributed his musical stylings to movies such as The Lego Batman Movie for the song “I’m Batman.” GaTa plays Dave’s friend and hype man in the FXX series Dave, which has been renewed for a third season.

According to Deadline, Ghetto Brilliance shares a title with the album that GaTa released in 2017, which is based on the actor and rapper’s early life growing up in South Central LA. Maxwell Theodore Vivian, who has written on shows such as It’s Always Sunny in Philadelphia and Space Force, will be writing and executive producing for Ghetto Brilliance. 3 Arts’ Ari Lubet and Jermaine Johnson are exec producing alongside Vivian, GaTa, Mike Hertz and Daniel C. Katz. Regarding the new animated series, GaTa said:

“I’m working on this cartoon right now, it’s in development with Onyx Collective and it’s gonna be amazing, it’s called Ghetto Brilliance. I just want to say this bro, I’m really living my dreams bro. I’m performing at Lollapalooza, I just had a sold out show, and [Lil] Dicky was my hype man.”

Hulu serves as the primary home for Onyx Collective titles and is a curated content brand run by Disney for creators of color and underrepresented voices. Other titles previously developed and launched by Onyx Collective include Questlove’s Academy Award-winning documentary Summer of Soul (…or, When the Revolution Could Not be Televised), which is also streaming on Hulu. On Dave, GaTa is considered the “hero” of the final episode of season two, according to the series star, Burd. With the amount of creative talent behind the project and a group like Onyx Collective developing, it seems that Ghetto Brilliance may have the opportunity to shine as a new exciting series of its own.