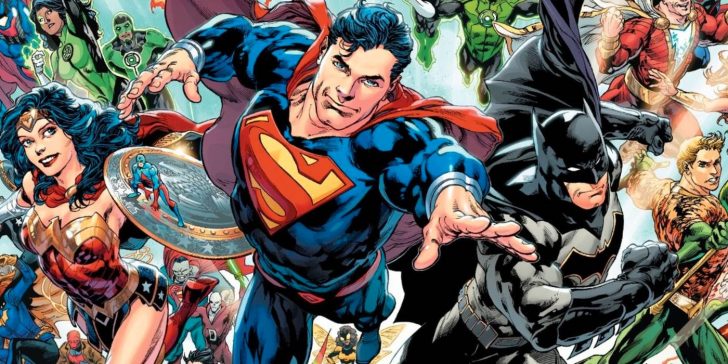 For today only, the digital comics platform DC Universe Infinite is offering both new and returning customers 50% off for annual subscriptions.

For today only, the digital comics platform DC Universe Infinite is offering both new and returning customers 50% off for annual subscriptions. Commemorating the new month of March, DC Comics fans have the opportunity to access more than 25,000 comics from the digital comics library for half the regular price of the service.

When DC Universe Infinite officially launched last year, comic book readers were impressed with the service. While Marvel Unlimited similarly offers fans access to their catalogue, DC Universe Infinite also provides users with many comics that are out of print. The service regularly offers a choice between $7.99 per month or $74.99 for the year. However, for fans located in the United States, DC has unveiled a surprise promotion.

On March 1, DC Comics announced that fans can join DC Universe Infinite with an annual subscription for 50% off, at the price of $37.49. The year-long subscription includes access to over 25,000 titles on iOS, Android, and other devices. Both new and returning customers in America can use the promo code “FLASHSALE31” until March 2 at 11:59 p.m. (PST) to take advantage of the deal.

Throughout March, DC Universe Infinite will collect recent and upcoming titles such as I Am Batman, Superman vs. Lobo, Superman ’78, Titans United, Black Manta, Aquaman: The Becoming, Aquaman’s 80th Anniversary Special, and several more. During the first week of the month, the service will feature recent issues of Batman: White Knight Presents: Harley Quinn, Batman: Reptilian, and Static: Season One. The service will also incorporate out-of-print comics such as The New Guardians #9, along with Milestone’s Hardware #32 and Blood Syndicate #26, joining the imprint’s digital archive with other 90s series like Static and Icon.

As The Batman’s release comes later this week, DC Universe Infinite is also allowing registered users without a subscription to read out-of-print comics for free which inspired the film. Titles that influenced Matt Reeves’ new live action depiction of the Dark Knight include Batman: Ego and Other Tails, Batman #404 (the first chapter of Batman: Year One), and Batman: The Long Halloween #1.

For fans who are interested in the service but remain hesitant, DC Universe Infinite also offers a 7-day free trial. The announced promotion coincides with the recent Comixology update which made the service’s interface unusable for many subscribers, who voiced dissatisfaction on social media. DC Universe Infinite is a convenient alternative for comic book readers in search of a more reliable and affordable model.

More: Robin’s New Assassin Costume Is the Only One Honest About His History

90 Day Fiancé: How Natalie Is Still Stirring Up Trouble On Instagram