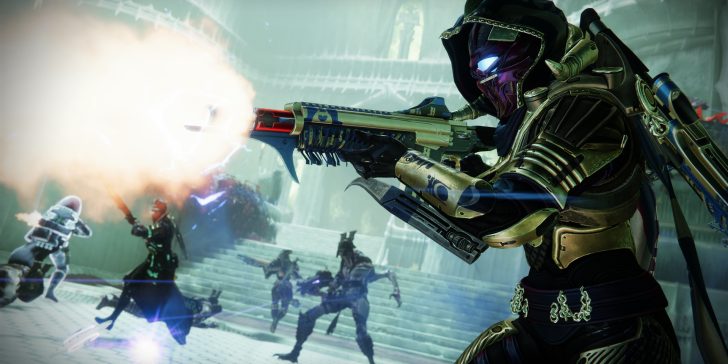 The biggest update is weapon crafting, which requires players to use a lot of new crafting materials that were introduced in this expansion. The rarest material you’ll be hunting down is Ascendant Alloy. While not as rare as Ascendant Shards, these are still difficult items to efficiently farm at the time of writing this.

(Author’s Note: At the time of writing this, I have not fully tested two of these methods. This is due to them being locked behind Fynch’s Rank, which takes time to level up. Once I am able to properly test, I will update this guide.) How to Get the Ascendant Alloy

At the time of writing these are the only ways to get Ascendant Alloy:

Keep in mind, two of these methods will be a difficult for new or even casual players. This is because hitting Rank 16 at the Gunsmith will take a lot of time since you only gain rep by dismantling firearms and completing Banshee-44’s bounties. Additionally, buying the Ascendant Alloy costs 400 Legendary Shards which can be a lot for some players. Keep in mind you can only purchase one Ascendant Alloy a week, since the purchse is tied to your overall account and not the character. We also know that you can earn Ascendant Alloy by completing “weekly campaign missions in the Throne World and The Witch Queen Offensives.” The weekly campaign missions is unlocked once you get Fynch to Rank 13. This is done by earning experience via completing bounties, finding collectibles in the Throne World, and finishing activities tied to this destination. Ascendant Alloy is not a garunteed reward from this activity, but a possible one.

Alternatively, you can do the The Witch Queen Offensives. The new Wellspring activity is available after the campaign is beaten and can be accessed via the Destination menu. After running this activity on normal difficulty multiple times with some friends none of us got any Ascendant Alloy. This could be either because it’s an extremely rare drop or because it’s tied to the higher difficulty variant of this mode.

You can unlock the higher difficulty version by getting Fynch to Rank 18.