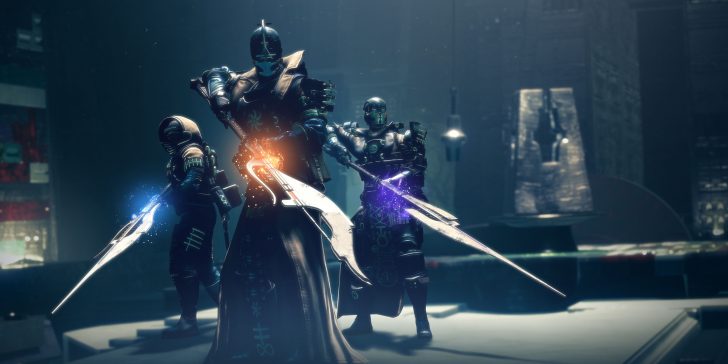 With the release of Witch Queen, Bungie added a new weapon type to Destiny 2 — the Glaive, a multi-purpose melee/ranged weapon that’s crucial to the plot of the expansion. I had a lot of fun with the Glaive for the first few weeks after the Witch Queen‘s release. It adds a sense of immediacy to close-range combat in the game, and its ability to project a defensive shield was useful in some of the tougher Legendary campaign missions.

But the Glaive’s very versatility is also quickly becoming its downfall. After Bungie nerfed the Suppressing Glaive seasonal mod, Glaives went from overpowered stunlocking spears of death to jacks of all trades, master of none. And in a game like Destiny 2 where you can, for the most part, switch your loadout whenever you like, it rarely makes sense to equip a generalist weapon rather than a task-specific one.

In Crucible, Glaives are hopelessly outclassed at close range by shotguns, by fusions at mid, and by snipers at long. In high-level PVE content where you’re locked into a loadout, it makes more sense for each member of the fireteam to specialize than to equip a Glaive. The weapon type is still fun for just messing around in low-level content — especially with the perk combination of Rampage and Subsistence — but it’s quickly become scorned by a large part of the Destiny 2 community.

The fact is, it’s hard to thread the needle in games like Destiny 2 of creating new options and archetypes for players that aren’t obviously superior to everything else. From a business perspective, it makes sense that Bungie would want to sell players on the new and flashy powers and weapons in an upcoming expansion, hence leaning in the direction of making them more powerful than is reasonable — they can always nerf them down the line, like they did with Stasis. But it’s still frustrating for players to be sold on something like Witch Queen in part on the strength of something like the Glaive, only to find it’s actually not that useful a month out from release.

So what’s the solution? Well, Destiny has been expanding its customization options with Void 3.0 and weapon crafting, allowing Guardians to spec into specific roles and powers. Weapons have begun to be a part of that, though it’s rare for non-Exotic weapons to have perks that affect other fireteam members. Why couldn’t the Glaive be positioned as more of a support weapon? The Exotic Glaives obtainable through a long quest fulfill this sort of function, allowing Guardians to deploy healing turrets or protective shields after charging the weapon’s energy. But they don’t feel particular Exotic at the moment, and the baseline Enigma Glaive isn’t terribly useful. So how about meeting somewhere in the middle and giving Glaives craftable perks that affect your teammates?

For instance, maybe we could get a modified Unrelenting perk that begins healing all nearby allied Guardians on rapid defeats, instead of just the wielder. Or, blocking shots with the shield could give a slight buff or recharge ability energy for the whole fireteam. These might sound like powerful advantages, but they would encourage more role-based play, and might make more room for the Glaive as an archetype across Destiny 2‘s different modes. If you have any better ideas, let me know in the comments.