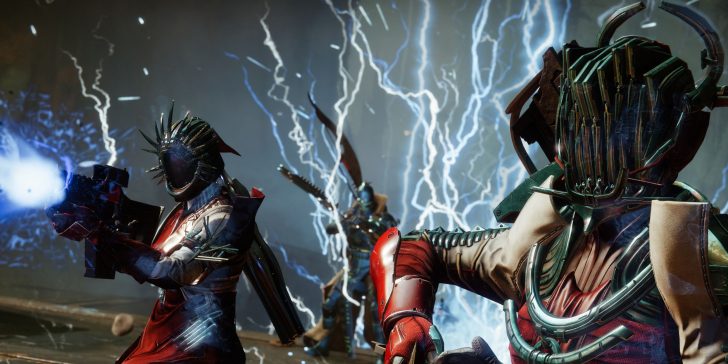 Savathun is finally here, which means Destiny 2’s highly anticipated expansion has been released. The Witch Queen has players finally confront one of the franchise’s most popular villains in her own throne world. Not only does this DLC introduce a new story, but there are also a ton of new weapons, armor, exotics, consumables, and activities for players to participate in. The Witch Queen also marks the release of the Void 3.0 update, which drastically reworks the void subclass and new exotics to build around.

With the Vow of the Disciple raid released several weeks ago, players are grinding away to earn or craft the best rolls of each weapon. While there are many solid weapons tied to the new raid, one of my favorites is Forbearance, the Arc Waveframe Grenade Launcher. Boasting a ton of terrific PVE perks, this weapon is worth grinding for those looking to use Grenade Launchers in higher-difficulty activities.

Here’s how to get this weapon and what rolls you should consider:

How to Get Forbearance

Unsurprisingly, you can only get Forbearance in the new Vow of the Disciple raid. This activity has a recommended Power of 1520 and is broken up into four encounters. Deliverance can drop from the second and fourth encounters. It is a random drop, so you will have a smaller chance of getting a red box Deepsight variant, which can be completed to make progress toward unlocking Forbearance’s crafting pattern. Additionally, you can get this Grenade Launcher from any secret chests throughout the raid as long as you have already gotten it before.

While you will need five Deepsight variants of Forbearance to craft it, you can purchase a guaranteed red-bar version at the end of the raid after defeating Rhulk. If crafting doesn’t interest you, you can always spend 20 Spoils of Conquest to purchase a normal, random roll of this gun at the final chest. Again, you will need to have previously unlocked it for it to appear in this “store.” Given the potency of enhanced perks, it’s best to just craft Forbearance instead of rolling for an inferior version.

For those looking to bring this weapon into PVE, I recommend going with Volatile Launch for the barrel perk. While this decreases both handling and velocity, it gives a much bigger blast radius, which is perfect for a wave-frame weapon. You’ll also want High-Velocity Rounds in the magazine slot for a solid bump to velocity and reload speed. This stat boost also evens out Volatile Launch’s penalty to velocity. Given you want to spam grenades as quickly as possible, it’s the best option.

As for primary perks, I strongly recommend either Ambitious Assassin or Genesis. The former will almost always trigger, allowing you to constantly have an additional round in the magazine; the latter can be great when you’re facing down a lot of Arc shields. I like Ambitious Assassin since it triggers more consistently, but Genesis isn’t a perk to scoff at. Finally, in the last perk slot, you will absolutely want Chain Reaction. You can go with Rampage for more damage, but Chain Reaction is simply so destructive that it decimates waves of adds.

I normally don’t discourage the use of weapons in certain activities, but there are so many better options for special weapons in PVP. Not only does Forbearance have extremely mediocre PVP perks, but it’s also just not the archetype you want for the Crucible. Just because you can use it doesn’t mean you should.