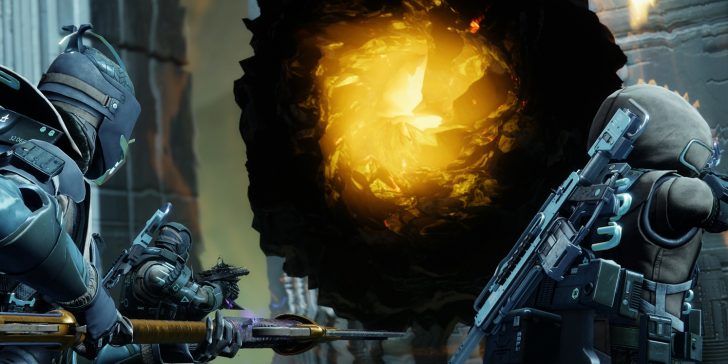 While there are many new guns, one making waves among players is the Funnelweb Submachine Gun. Considered by many to be a “baby” version of the highly utilized Recluse pinnacle weapon, this firearm is skyrocketing in popularity. Much of this is thanks to not only its deep perk pool but also the fact that it is void. This gives it some bonkers synergy with the new Void 3.0 update — especially for those using volatile rounds. Here’s a guide on how to get this weapon and what perks you’ll want on it.

How to Get the Funnelweb

Unfortunately, the Funnelweb is a world drop weapon, which means it can come from a plethora of different sources. While this may sound terrific, there’s no easy method for target farming this gun. It’s not craftable at the time of this article’s writing, so you’ll need to just hope it drops at the end of a playlist activity or from a legendary engram.

There is a way to pseudo farm it, but it’s a little awkward. Detailed by YouTuber Lucky 10P, you’ll need to go to the Throne World on a platform you haven’t purchased The Witch Queen on. So if you play The Witch Queen on PC but don’t own the expansion on PlayStation, you’ll want to log into your PlayStation version of Destiny 2.

Then, do the Fynch chest farm (which we have detailed here) on the account you don’t own the DLC. Since you don’t own the expansion on that platform, the chests you open will drop world weapons like the Funnelweb instead of The Witch Queen firearms. It’s not a terribly accessible method to most players, so I recommend only jumping through these hoops if you really want a god roll Funnelweb. When it comes to PVE, I recommend either Arrowhead Brake or Corkscrew Rifling for the barrel. The former gives you much better recoil control and handling while the latter gives a nice boost to range, stability, and handling. Both are solid options, so it comes down to preference. As for the magazine, you’ll want either Tactical Mag or Appended Mag. Both increase the number of bullets in your magazine, but Tactical Mag also offers that sweet reload speed buff.

As for the primary perks, the two you want are Subsistence and Frenzy. Subsistence is absolutely bonkers on this gun, allowing you to refund some ammo every time you kill an enemy with the Funnelweb. Combine this with the new, intrinsic Veist Stinger perk to get a weapon that constantly refunds you bullets. Frenzy is the obvious second perk choice, as it offers a very consistent damage boost and will trigger even if you don’t have the weapon currently equipped. If you aren’t into damage perks, Thresh is another option since it will give you Super energy after every kill.

For PVP, you should focus on increasing the Funnelweb’s effective range. To do this, you will want either Hammer-Forged Rifling or Corkscrew Rifling for the barrel perk. These perks provide a boost to the range stat without any penalties to other stats. While you can pick Arrowhead Break if you’re having trouble controlling the Funnelweb’s recoil, I prefer to optimize this gun for medium-range fights. Unsurprisingly, this also means we are picking the Accurized Rounds perk, as it offers a flat +9 to the range, which is better than having a few extra bullets in the magazine.

In the first primary perk slot, Killing Wind or Perpetual Motion are solid options. Perpetual Motion is great for those who constantly run around the map, as it buffs stability, reload speed, and handling. Alternatively, you can go with Killing Wind, which buffs your handling, range, and handling after you kill someone. Personally, I like Killing Wind since it can make this weapon especially nasty when fighting multiple foes or in bigger 6v6 modes like Control. Regardless of your choice, Rangefinder should be your final perk. You’re running this solely for the range increase, which makes Funnelweb a little more consistent in most fights.