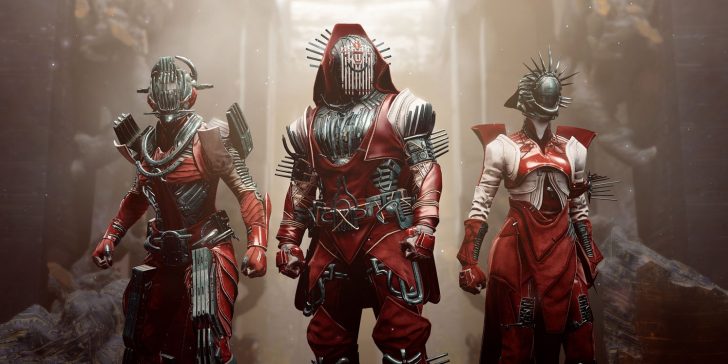 If you’re like me, then with the new Vow of the Disciple raid released, you will be seeking to unlock the Disciple-Slayer title. To do this, you need to complete a variety of challenges, some of which aren’t available at the time of this writing. One of the challenges you can do now is “Glyph to Glyph,” which is tied to the third encounter, Exhibition. Here’s how to complete this challenge:

How to Beat Glyph to Glyph

In order to complete Glyph to Glyph, your team needs to kill each Glyphkeeper in their respective pair within five seconds of one another. This means that whenever a Scorn and Taken Glyphkeeper spawn, they need to be slain within five seconds — otherwise, you’ll fail the challenge. With the exception of the opening area, each room will always have two sets of two Glyphkeepers. These Glyphkeepers will only spawn once the Taken Hobgoblins on their side of the area are killed. Upon killing them, it will cause the Glyphkeeper to spawn, allowing you to kill these yellow-bar enemies.

The key to completing this challenge is — say it with me now — communication. You only have five seconds to kill the other Glyphkeeper once the first one dies, so making sure both are destroyed around the same time is critical. Every time you go into a new room, split up as you normally would and prioritize the Taken Hobgoblins above everything. Since they trigger the Glyphkeeper’s spawn, kill them as soon as possible. Once a Glyphkeeper spawns, call out to your teammates so they know you’re ready to destroy your foe. After their Glyphkeeper spawns, someone should count down from three — both groups should kill their respective Glyphkeeper when they hit zero.

This isn’t a difficult challenge so long as your two teams are vocal about when their Glyphkeeper spawns and you designate someone to initiate the countdown. Additionally, avoid weapons like Gjallarhorn or Witherhoard, as they can inadvertently kill the Glyphkeepers before your team is ready. Swords, Shotguns, Fusion Rifles, and Supers like Voidbomb are especially good for this challenge. You will also want to ensure the person running the Darkness Relic kills every Taken Knight that spawns in order to reset the insta-kill timer. This has the added benefit of giving your group more time in each room so they can get both Glyphkeepers out at the same time.

You don’t have to kill both sets of Glyphkeepers at the same time — just the two that spawn with each set. With some patience and clean callouts, you should easily clear this challenge with little trouble!