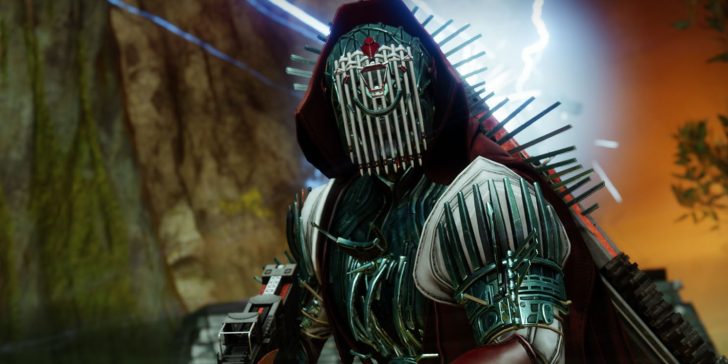 With the Vow of the Disciple raid, players can now start working towards unlocking the Disciple-Slayer triumph. To get this, you need to complete multiple challenges throughout the raid (including some that haven’t even been released yet). One you can get right now is Handle With Care, which is tied to The Caretaker boss fight. While this challenge may seem tricky, it’s actually pretty simple once you get your team organized with some solid communication. Here’s how to beat the Handle With Care challenge:

How to Complete Handle With Care

To complete Handle With Care, all six members of your fireteam need to stun The Caretaker boss at least once on each of the three floors. This means that on each floor, all six players need to shoot the open coffin on the back of The Caretaker when it’s glowing yellow, forcing him to his knees. Shooting this boss in the face will not count, as the stun itself is tied to hitting the bright yellow mass of darkness energy that’s revealed when the coffin opens.

Before you start the encounter, you want to assign the following roles to your team:

While you can have more people go into the symbol rooms to gather the info for the obelisk outside, you will be stunning this boss enough that only two are necessary. Additionally, having three add killers will make stunning this boss easier since you won’t get shot in the back constantly. As for the Caretaker Stunner, their sole job is to shoot the boss in the face so that the coffin on their back opens. They need to keep forcing this boss to perform his slam attack so your teammates can go for the stun.

This is also a specific order you will want to do the stuns in:

When the encounter starts, have one runner go into the symbol room while the other shoots the back of The Caretaker from the top middle position (shown above). This makes it so your runner has only a short distance to travel, making stuns for the two symbol runners as efficient as possible. Once both symbol runners have stunned the boss at least once, they will need to make sure they don’t just rush through the encounter. If you enter all the correct glyphs into the obelisk enough, it will force everyone into the damage phase and remove the ability to stun. Do not just go as fast as possible.

After you do enough damage, The Caretaker will go up to the second floor, where you will repeat the entire process above. Do this for the third phase as well and then kill the boss once he goes into his final stand. Communication is critical here, as you will always want to know who has stunned the boss and when it’s your turn to do so. If you’re on PC, you can type the order in chat. Again, this challenge isn’t that hard — you just need to make sure not to rush through it and to ensure everyone stuns the boss at least once each phase.