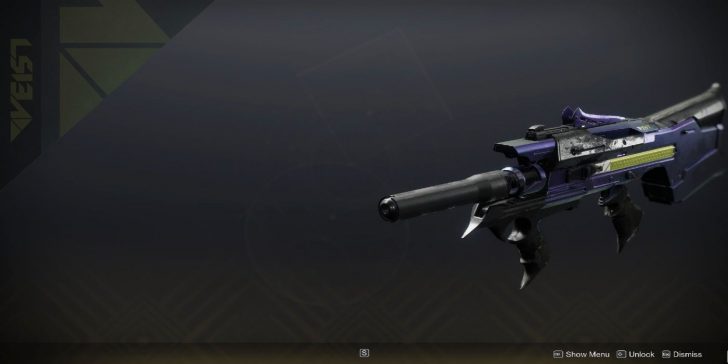 While SMGs have been considered to be the best primary weapons for PvE in Season 16 of Destiny 2, one Auto Rifle has been able to stand above them.

The Witch Queen expansion for Destiny 2 has introduced 40+ new weapons, and players are finally getting a feel for which ones are standing out. In terms of add clearing, Submachine Guns are dominating in PvE. However, there is one auto rifle that some players feel is far better than any SMG available, even Destiny 2’s Funnelweb. The new Krait kinetic auto rifle gives the best ad clearing weapons in the game a run for their money. This Rapid-Fire Frame auto rifle offers the highest fire rate for any auto rifle in the game. When combined with Traits like Overflow, this weapon can have over 100 bullets in its magazine to spray down enemies.

The Krait is a world drop, which means this weapon can come from basically any loot source in the game. This includes umbral engrams, activity completion (Strikes, Crucible, Gambit, etc.), activity chests, or rank-ups from the Gunsmith. There’s even a chance for this weapon to be sold at the Gunsmith every weekly reset. Sadly, this weapon cannot be crafted using Destiny 2’s new crafting system just yet, so players will have to search for a god roll the old-fashioned way, praying to RNGesus. However, players will come across plenty of rolls of this weapon just by playing the game.

What really makes the Krait stand out from all other primary weapons is its unique rapid-fire frame and energy type. Since this is a Stasis energy weapon, it can roll with Headstone. Headstone spawns Stasis Crystals whenever the player kills an enemy with a headshot, which can then be used to blow up other enemies by shooting them or standing near them to benefit from Destiny 2’s Stasis Aspects. The Headstone can then be combined with Overflow, which reloads the Krait way above capacity when picking up special or heavy ammo to create an insanely powerful add clearing weapon capable of spraying down tons of enemies and reloading itself.

The Krait God Rolls in Destiny 2

Barrel: Corkscrew Rifling or Arrowhead Break.Magazine: High Caliber Rounds.Trait 1: Overflow, Stats For All, or Substance.Trait 2: Headstone or One For All.

While The Krait definitely leaves little to be desired in PvP, it’s absolutely one of the best primary weapons in Destiny 2 for PvE. Players can opt for Headtosne to benefit from Stasis Crystals or go for rolls with One For All to dramatically increase the damage of this weapon after hitting three targets. In terms of reloading traits, Overflow can increase this weapons magazine to 100+ bullets and reload the weapon for the player. Stats For All is a great alternative that allows for quick reloading after hitting three targets. Players won’t have to worry about seeking this weapon out either, as its droop rate seems to be very high during any activity completion.

Next: Destiny 2: How to Get the Outbreak Perfected Catalyst