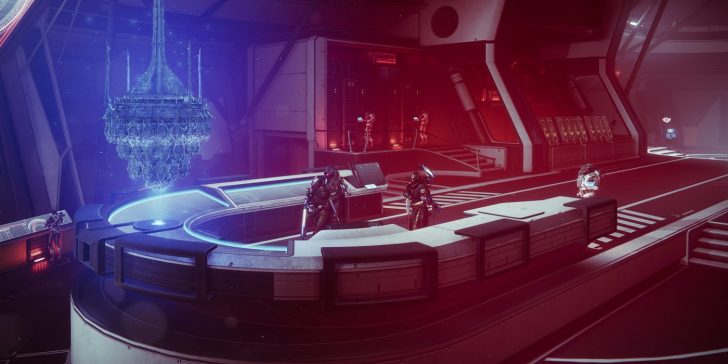 With Destiny 2’s The Witch Queen, the doors to the Throne World are finally open. Savathun introduces herself in the latest expansion with new gear, weapons, strikes, and many other activities to look forward to. Navigating this new era can be overwhelming, but don’t fret — we’re here to help. This guide explains the Destiny 2 Lighthoarder encounter, as well as how to get Hoarded Light.

How to Get Hoarded Light – Destiny 2 Lighthoarder

The Destiny 2 Lighthoarder is a new enemy encounter introduced in week 3 of Season of the Risen. It’s part of the seasonal activity PsiOps Battleground, making an appearance in a specific point throughout the mission.

In order to get Hoarder Light, you need to defeat a Lighthoarder. This is needed to progress in the Operation Elbrus quest.

At the moment there is only one Lighthoarder encounter per PsiOps Battleground, and it always go the same way — there is a special enemy that is bound to a light structure. You can see where it’s coming from thanks to a beam that connects the two. In order to break the Destiny 2 Lighthoarder’s defense, you need to destroy the light source first.

The Lighthoarder can be quite tough, so make sure to focus on destroying the light source as soon as possible. If you destroy it but don’t manage to kill the Lighthoarder afterwards, it’s going to recharge itself, so keep this in mind in case there are several enemies around and you can’t focus on a single encounter.

As of week 3 of Season of the Risen, there are only two PsiOps Battleground activities, each with one Destiny 2 Lighthoarder encounter:

In PsiOps Battleground: EDZ, the Lighthoarder appears during the first battle encounter as you’re fighting the Hive Hunting Party, close to the tower-like structure after the staircase

In PsiOps Battleground: Cosmodrome, the Lighthoarder appears when you’re about to finish escorting the Lucent Remains to the right side of the door

All in all, you’re always getting a notification about the encounter on the bottom left of the screen, notifying you whenever the Destiny 2 Lighthoarder makes itself present, replenishes itself, or is defeated. As of now, the Destiny 2 Hoarded Light doesn’t work as a material per se, so don’t worry about not having enough inventory space for it.

If you’re doing the Operation Elbrus quest step and it doesn’t complete itself right away after defeating a Lighthoarder, just finish the activity. In my experience, it wasn’t until I was done with the final encounter that the game notified me with “Hoarded Light reclaimed” on the bottom left, as well as advancing the seasonal quest, so don’t leave the activity until it’s actually over.