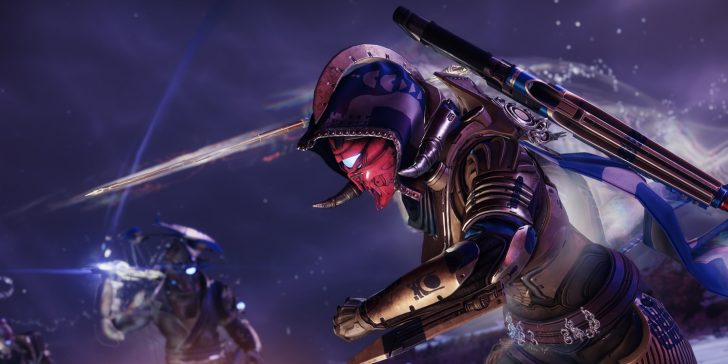 Unsurprisingly, we also got a new season of Grandmaster Nightfalls for players to complete for some of the best PVE weapons in the entire game. However, players can also nab the elusive Nightfall Memento, which not only unlocks a unique shader but also gives players an additional kill tracker on their crafted weapon of choice. Here’s how to get this crafting material and how it works:

How to Get the Nightfall Memento

You can only get the Nightfall Memento by completing Grandmaster. It appears to be a guaranteed reward upon completing a Grandmaster Nightfall; however, you can only hold one at a time. This means that if you get this item, you’ll need to put it into a craftable weapon in order to obtain another one.

It doesn’t matter what Grandmaster Nightfall you complete; however, I haven’t been able to test if getting a different ranking at the end matters. Given Platinum typically impacts the number of rewards given, you should strive to always get a Platinum ranking in a Grandmaster Nightfall. This is done by killing every single Champion in the Nightfall, so make sure you’re diligent about hunting them down!

Once you have a Nightfall Memento, go to the Enclave and head down to the weapon crafter. When you’re building a weapon, you can equip this curio in the very last slot on the right for absolutely no cost. What it does entirely depends on what the level of the equipped weapon actually is. At Level 1, you will earn a special Nightfall tracker. Level 20 gives a title for the weapon. When you hit Level 30, you can use the special shader tied to the memento. You cannot equip the new shader unless your gun is a minimum of Level 30, so be prepared to grind a lot if you’re throwing this on a gun like a Sniper Rifle or Grenade Launcher.

The shader itself is remarkably ugly unless you’re a big fan of bright orange. I wouldn’t worry too much about getting the Nightfall Memento. It doesn’t give you any gameplay benefits and really only exists for those who like to flex their favorite gun for Grandmaster Nightfalls.

If you’re struggling with this week’s Grandmaster Nightfall, I recommend waiting for either Arms Dealer or Fallen S.A.B.E.R. to be the weekly Strike. These are some of the easiest Nightfalls to beat at this difficulty and should pose very few problems for even inexperienced PVE users. Remember that you need to be an absolute minimum Power of 1575 to even play in a Grandmaster Nightfall. This may seem like a lot, but if you play frequently, you should either be close or capable of hitting this number before the season ends.