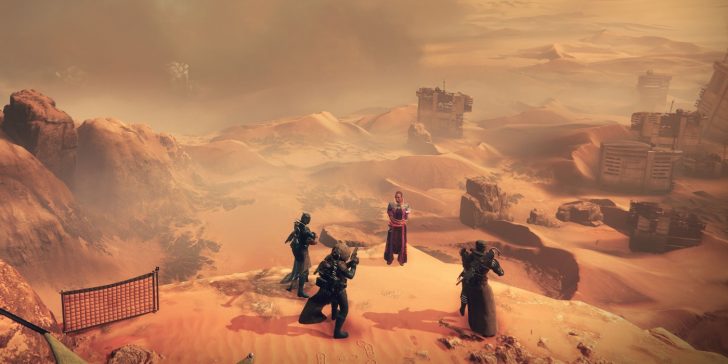 With Destiny 2’s The Witch Queen, the doors to the Throne World are finally open. Savathun introduces herself in the latest expansion with new gear, weapons, strikes, and many other activities to look forward to. Navigating this new era can be overwhelming, but don’t fret — we’re here to help. This guide explains the steps for Destiny 2 Report: Altar Reflect, as well as the Altar of Reflection location.

How to Start Report: Altar Reflect in Destiny 2

Report: Altar Reflect is part of the Evidence Board, which can be found in The Enclave in Mars. In order to gain access to it, the steps are as follows:

Progress through The Witch Queen‘s campaign until The Cunning.
Complete the quest and, once you’re back in Mars, you should have a notification in the Evidence Board to grab to start Report: Resonance Comp.
Finish the quest to unlock Report: Altar Reflect.

The reward for Report: Resonance Comp is a Throne World weapon. Let’s get to the quest steps. Once you do, it’s time to head to the Temple of the Wrathful.

The second step asks you to visit the Temple of the Wrathful and use the Enigma on the new access point at the Altar of Reflection. Yeah, it’s a mouthful, but here’s how to get there.

Since you’ve already completed The Ghosts in the campaign beforehand, this area is likely to ring a bell right away. First, head over to the north-center corner of the Quagmire in the Throne World and make your way towards the cave down below. Once you’re inside, get ready to shoot a couple Hive Membranes on the walls to light the path forward until the main room. The portal remains active, so I recommend you to use it to save some unnecessary trekking. After going through the portal, keep moving forward and past the door in front of you. The quest marker is inside and up some stairs, signalized with an interactable light. Interact with the light for a puzzle to appear. This one is easy — move to the right of the cauldron nearby, looking at the columns with the lights on them, and move slightly until the logo comes together. Once that’s settled, prepare to head inside another portal. Yes, you’re in front of the Altar of Reflection again, which means another puzzle ensues. Don’t worry, we have a guide explaining how it works — but in essence, you have to look for the patterns that are different from the rest. In my experience, the first phrase was fairly straightforward, but during the second, not all of the “domes” with patterns on them had differences, just three of them. This may vary in your case, but just so you know in case you were waiting to find a different pattern in all of them.

You’re almost done with this Destiny 2 Report: Altar Reflect step. Now, head inside and prepare to defeat the Lucent Archivists, as well as a bunch of enemies. It’s a tough fight — it asks for a recommended Power level of 1520, so keep that in mind if you’re going solo. Then, go ahead and activate the new memory to finish the step.

Step 3: Report Your Findings to the Evidence Board

Head over to the Enclave in Mars again to report your discoveries. Once you arrive, get close to the Evidence Board and interact with the prompt right before it that says “Log Report.” Step 4: Review the Case on the Evidence Board

Finally, interact with the Evidence Board to pick up your reward. Congrats on finishing the Destiny 2 Report: Altar Reflect quest! If you were wondering how to unlock the Altar of Reflection activity, this quest does exactly that.