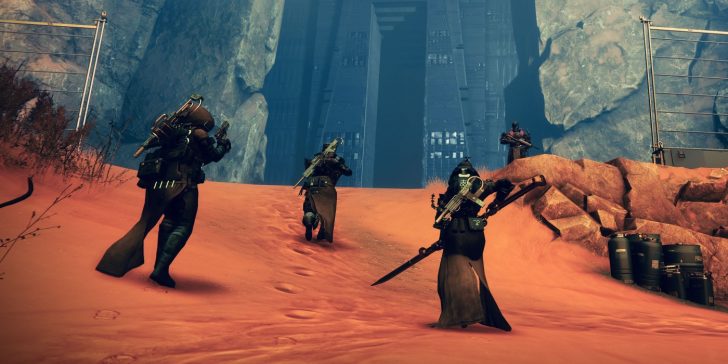 With Destiny 2’s The Witch Queen, the doors to the Throne World are finally open. Savathun introduces herself in the latest expansion with new gear, weapons, strikes, and many other activities to look forward to. Navigating this new era can be overwhelming, but don’t fret — we’re here to help. This guide explains the steps for Destiny 2 Report: Resonance Comp, as well as the resonance source locations.

How to Start Report: Resonance Comp in Destiny 2

Report: Resonance Comp is part of the Evidence Board, which can be found in The Enclave in Mars. In order to gain access to it, the steps are as follows:

Progress through The Witch Queen‘s campaign until The Cunning.
Complete the quest and, once you’re back in Mars, you should have a notification in the Evidence Board to grab the quest.

The rewards for Report: Resonance Comp are Throne World weapons, as well as Osmic Fragment. Let’s get to the quest steps! Once you do, it’s time to head to the Throne World for a couple trips.

Step 2: Search Locations For the Sources of the Resonance

The second step asks you to find three sources of the resonance in the Quagmire, Florescent Canal, and Miasma regions. Let’s go through them in order.

In the Quagmire, the resonance source can be found on your way to the Alluring Curtain. As soon as you get inside the castle area, follow the quest marker until you stumble upon a statue inside a corner. Once there, interact with the statue to scan it, and get ready to fight a small enemy group. Loot the Resonant Rune from the ground before you leave! In the Miasma region, the resonance source is almost at the very center of (below “MA” if you’re looking at the map), found on top of a slope. You need to scan the banner that is next to the firepit. The process is the same — take down the enemy group behind you and grab the Resonant Rune before heading to the third area. Lastly, the resonant source in the Florescent Canal is inside a tower in the southeastern corner of the region. If you look at the map, there is a small rectangle-shaped path to the right, below the Court of Thorns’ entrance. Head inside the tower and scan the surroundings (the left wall after I entered did it for me, as an example) for the enemy group to appear. You know what to do. That’s all for this Destiny 2 Report: Resonance Comp step, but there are a couple more to go.

Time to travel to Witch’s Echo in order to collect another Osmic Fragment in that location.

For this, the Witch’s Echo can be found west of the Miasma area inside a cave. The path that leads to the Disciple’s Bog is unrelated, mind you, in case you get confused by the way the quest marker appears on the map.

Instead, head over to the northwest side of the Miasma, where you can stumble upon a massive tree in front of some ruins. The tree in question as reference: Now, head inside the ruins and start making your way underneath.

If you’ve played The Witch Queen‘s campaign, this location will be familiar. to you. If that’s the case, don’t take the portal, and instead continue moving forward. Expect a couple enemies to greet you as soon as you arrive to the first room. Take them down and, once done, grab the Osmic Fragment from behind the wall. Step 5: Report Your Findings on the Evidence Board in the Enclave

Time for one last trip back to the Enclave in Mars. Once you arrive, get close to the Evidence Board and interact with the prompt right before it that says “Log Report.” Step 6: Review the Case on the Evidence Board

Finally, interact with the Evidence Board to pick up your reward, as well as unlocking three more Hidden Reports to pursue. Congrats on finishing the Destiny 2 Report: Resonance Comp quest!