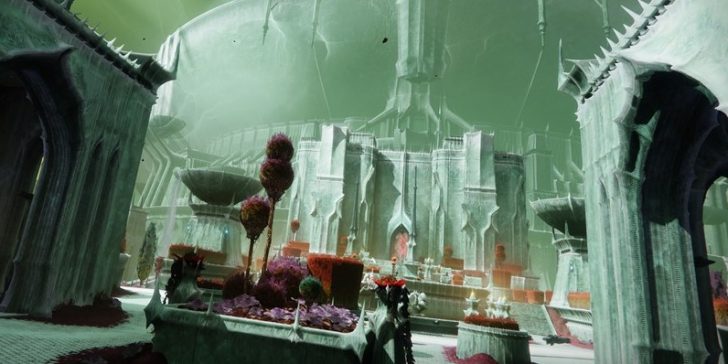 Savathun is finally here, which can only mean that Destiny 2’s highly anticipated expansion has been released. Titled “The Witch Queen,” this expansion has players finally confronting one of the franchise’s most popular villains in her own throne world. Not only is this DLC introducing a new story, but there’s a ton of weapons, armor, exotics, consumables, and activities for players to participate in. The Witch Queen also marks the release of the Void 3.0 update which drastically reworks the void subclass and new exotics to build around.

Unsurprisingly, there are a bunch of puzzles throughout the world and campaign that you will need to solve. While some are pretty easy, the most devious are the two puzzles during The Mirror missions. Keep in mind, I have confirmed the actual answers themselves will be different for each person but the method for solving this puzzle does not change. Here’s a walkthrough of how to complete The Mirror puzzles in the Witch Queen expansion. When you approach the wall of runes you will see eight verticle columns showing five symbols. Each of the columns will be repeating the same order of symbols with the exception of three. Those three will have a different rune order going down their column. In the example above, the circled column’s third rune is different than six others that have the circular symbol. This means it’s one of the three you need to shoot so blast any rune on that column. If done correctly a symbol will appear above the entire tablet of runes indicating you chose correctly. You need to repeat this two more times, finding two more vertical columns of runes that have a different order of runes than the rest. Shooting all three will complete the puzzle and allow you to progress in the mission. Once you arrive in The Mirror mission for a second time, you will need to once again complete the tablet puzzle shown above. After that’s done you will notice that the four circular platforms in each corner of the room will have runes appear. Each circular platform will have four lines of runes and just like the puzzle above you will need to find the lines of runes that are not like the others. So in the image above, my repeating order was Circle, A, Lines, A, A which makes the rune line on the right that’s Circle, Line, Line, Line, A the one I need to shoot. Just go around the room and shoot the rune lines that are different than whatever the most common repeating pattern is.

You won’t be coming back to this area in the campaign, so once you finish the puzzles above you will be essentially done with any real “encounters” in The Mirror missions.