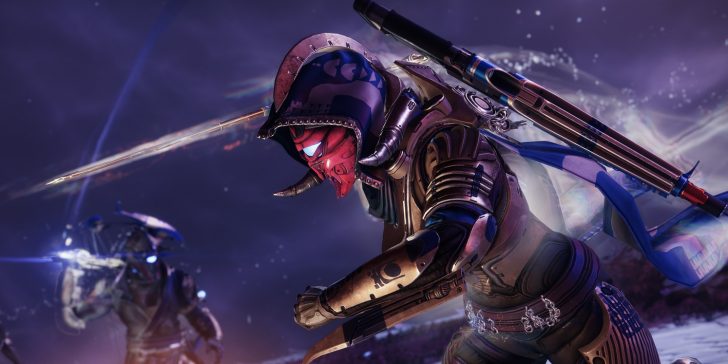 With the new expansion also comes Season of the Risen, which revolves around defending Earth from Savathun’s Lucent Brood. In teaming up with the Cabal, you can earn and craft a ton of new weapons — some of which are remarkably powerful. One of these guns is Thoughtless, an Adaptive Frame Sniper Rifle that can roll with some exceptionally strong perks for PVE and PVP. Here’s how to get one and what god rolls I recommend crafting:

How to Get Thoughtless

Thankfully, there are a few different ways you can get a Thoughtless. The first is just hitting Rank 30 in the Season Pass. While this is a static roll, it’s guaranteed regardless of where you are in Destiny 2.

That being said, your main method for obtaining a Thoughtless will be decrypting Umbral engrams into one via the War Table at the H.E.L.M. This is available after unlocking the Weapon Decoding Clearance in the upgrades sub-menu. Once you have this feature unlocked, you can turn any Umbral engram into a random roll of the Thoughtless for 50 Legendary Shards and nine Risen Umbral Energy. You may also have a chance to get a red box Deepsight variant, which is required if you want to craft one.

Additionally, you can get a roll of Thoughtless at the end of the PsiOps Battleground activity from the Runic Chest for 500 Psychogenic Intel. This is a less consistent method, but it’s possible if you’re lucky. I recommend just decrypting Umbral Engrams until you get enough Deepsight variants to craft your own Thoughtless!

Thoughtless is the ideal choice for those looking to run a legendary endgame sniper in PVE. For the barrel mod, Fluted Barrel increases both handling speed and stability when firing the weapon. Combine this with Handling Masterwork and you get a nice boost to this specific stat. In the second slot, I recommend Appended Mag over Extended Mag. They give the same number of bonus rounds in the magazine, but Appended doesn’t come with a reload speed penalty, which is critical when shooting at a boss. This isn’t to say Extended Mag is bad, just that there is a more ideal choice.

When it comes to the primary perks, you want Overflow and Firing Line. Since Firing Line offers a 20 percent damage buff, you’ll have comical damage potential when shooting at a boss with your squad. Combine this with the increased magazine size if you trigger Overflow and you can decimate a boss’s health bar in seconds. If you plan to use this weapon in a raid, this is the roll you want.

However, Focused Fury is a solid alternative in the second slot for those who are solo players or don’t plan on doing a lot of group content. You can do 20 percent extra damage with half the magazine and without relying on being near two allies to activate Firing Line. It’s a good choice, but I still personally recommend Firing Line overall.

If you want to take this weapon into the Crucible, I recommend starting out with Fluted Barrel since the handling boost lets you swap to your weapon faster. You’ll also want Accurized Rounds to increase the effective range of this rifle, ensuring you can always kill any enemy you scope in on. If you aren’t concerned about increasing range, Steady Rounds provide a nice stability bump at the cost of some range. In the primary perk slot, I recommend Steady Hands since it provides additional handling whenever you kill someone. If that isn’t interesting enough, Perpetual Motion is great for snipers who are always on the move.

As for the final perk, both Snapshot Sights and Quickdraw are perfect for Sniper Rifles. Snapshot Sights is for those who want to look down the sights as fast as possible. This is great for when you round the corner and need to quickly scope in on someone. Alternatively, Quickdraw is for those who find themselves constantly swapping between their weapons; it will increase your stow and draw speed. Either option is ideal, so it comes down to what suits your playstyle.