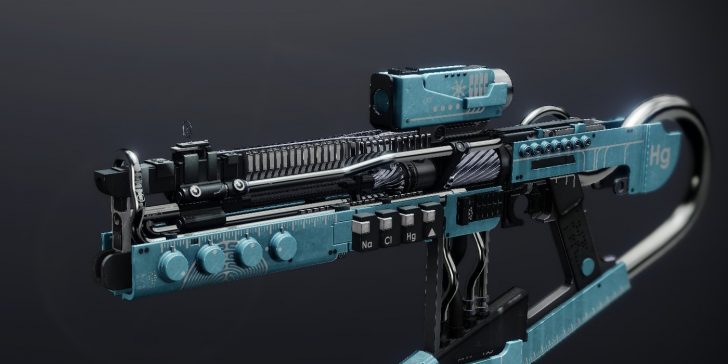 With Destiny 2’s The Witch Queen, the doors to the Throne World are finally open. Savathun introduces herself in the latest expansion with new gear, weapons, strikes, and many other activities to look forward to. Navigating this new era can be overwhelming, but don’t fret — we’re here to help. This guide explains the steps for Destiny 2 Trust Goes Both Ways so you can get your hands on the Likely Suspect weapon. The steps to unlock the Trust Goes Both Ways quest in The Witch Queen are as follows:

Progress through The Witch Queen campaign until you’ve completed The Ghosts quest.
Then, head over to talk to Fynch in the Throne World, who is happy to grant you the Trust Goes Both Ways quest.
In case it’s worth noting, I had Reputation Rank 1 with Fynch when I got the quest, so it wasn’t related on my end. The quest has five steps in total, so let’s go through them.

You begin the Destiny 2 Trust Goes Both Ways quest by tracking down three chests across the Throne World.

You can find the first chest in Quagmire, west of the Extraction Lost Sector. It’s on top of a small ledge, so make a jump across from the opposite side to land there. Don’t worry, it’s a short distance. For the second chest, take the path that leads to the Alluring Curtain. This is your starting point.

Now, as soon as you cross the massive gate that leads towards the castle, you want to jump off the bridge to your left and drop on the platforms below. From the platform underneath, you can see another exact same platform on the other end. Head towards there to find the chest right in the middle of both platforms. Just levitate your way towards there. The third and final chest of this Trust Goes Both Ways step is on the Miasma, the area found up north in the Throne World.

Start by heading towards the southeastern corner of the area, where you immediately stumble upon some ruins. The path is straightforward enough — using the screenshot above as reference, you need to get to the right side of the ruins by jumping onto the platforms around it.

Start by using the one on the left, turn around, and keep on climbing up. Then, make a long jump across the ruins to the other side, and grab the chest from the further end. That is all for now, but don’t leave the Miasma just yet!

Step 2: Defeat Scorn and Complete a Public Event in the Miasma

This one is straightforward enough — jump into any Public Event that happens in the Miasma, and defeat as many enemies as possible. You need to take down 100 Scorn, which sounds like a lot, but I got it done in one Public Event alone. This may vary on your end, but just as reference. Onto the next step in the Destiny 2 Trust Goes Both Ways quest — hope you’re ready for more chest hunting.

Step 3: Loot Faction Chests and Complete Patrols in the Miasma

The first half of this quest is easy, as you only need to complete two random Patrols. You can find them at several points across the area, recognized by a beacon with a light. Interact with them to gain a random objective. Now, onto the Faction Chests. If you haven’t yet, I recommend to install the Treasure Hunter mod on your Ghost in order to detect any nearby chests. Honestly, they’re everywhere, but below are a few spots as reference:

There is a Faction Chest inside the ruins we were just in for the previous chests. You can find another Faction Chest for this Destiny 2 Trust Goes Both Ways step towards the center of the map, slightly northwest of “Miasma” if you’re looking at the map. There is another chest on another ruins, east of the ones we first found beforehand. And here are two more spots in case you need them, which are fairly close to the locations you were just in. Keep in mind that they might not always appear, but if you arrive to one of the spots and you don’t see them, head to another location and come back a few moments later to give them time to respawn.

This is rather straightforward — we have a guide with a great method to farm Reputation XP, but honestly, you’re likely to get there just by completing bounties and activities around the Throne World, so it’s not going to take long. All that is left is to return to Fynch and cash in the quest to obtain your Likely Suspect Fusion Rifle. Doing this also unlocks The Gift of Appreciation, which is another one of Fynch’s quests. Congrats!