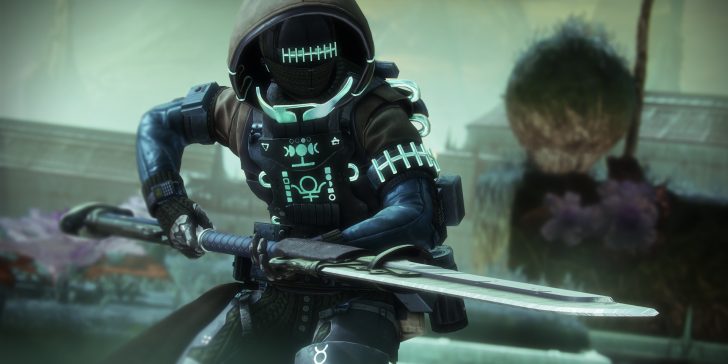 It’s already challenging to decide on a Destiny 2 build when a new season starts. Each one usually brings new artifact mods, introduces a few new permanent mods, and includes some balance changes. Add in a whole new expansion like The Witch Queen with new exotics, weapons, and the weapon crafting system, and things get even more complicated. If you are struggling to make up your mind and want what’s best, we’ve put together what we consider to be the best available build for Hunters in Destiny 2 right now. Read on to see how we make Ruinous Effigy work for us.

For builds, I highly recommend using a third-party app like Destiny Item Manager. Destiny still doesn’t have custom loadout slots, nor can you filter items in your Vault according to category, element, ammo type, etc. No one Hunter build is ever best for every situation! So saving loadouts will save you a ton of hassle down the line. With that said, let’s get to it! With the release of Void 3.0, everyone has a choice between two of the three Void Aspects. In this case we’re running Vanishing Step because everything Hunters now do centers around this feature. That said, Stylish Executioner is so good it’s obscene. Many are combining it with Glaives and Suppressing Glaive to melee everything to death including bosses. While that’s certainly one way to go, it’s not very fun over a long period of time and will likely get patched so we’re going to focus on something else instead: Ruinous Effigy.

Special thanks to Plunderthabooty on YouTube for helping us discover this build.

For the most part, you can use anything you want for the primary five slots. The only thing you absolutely must have is Empowering Rift for Secant Filaments. For grenades, we recommend Vortex Grenade.

Stylish Executioner is likely one of the best Aspects in Destiny right now, so we’re obviously running that.

You have some room to play around with Fragments. Since we’re so heavily invested in being invisible and surrounded by foes, we definitely want Reprisal and Persistence.

You’re free to use all of your best in stat armor pieces. As with most Hunter builds, we recommend focusing on Discipline, Mobility, and Recovery. You can feasibly use any exotic armor piece you want to, but we recommend The Sixth Coyote since it gives you another dodge charge, crucial for keeping your invisibility up as much as possible.

Helmet: Any (Void)
Arms: Any
Chest: Any (Void) – We recommend The Sixth Coyote.
Legs: Any (Stasis)
Class: Any Since Osteo Striga isn’t an option with this build, you’ll need to rely on a different Primary weapon. We think Funnelweb is the best alternative given its both powerful and another source of Void damage for us.

Again, we’re ignoring the Suppressing Glaive combo with Stylish Executioner and instead opting for Ruinous Effigy. Why? The Void Transmutation spheres it generates do not break your invisibility when you’re holding the AOE damage ability. In short, you can make an orb, go invisible, pick it up, and carry it around damaging all of the foes around you who can’t even see you to begin with. All the while you generate a ton of super energy thanks to Echo of Reprisal.

For your Power slot, you can really use whatever you want. We recommend Ascendancy because it’s now available in the Monument to Lost Lights and is buffed by the ever-popular Gjallarhorn.

Regardless of whatever you decide to use, you’re going to want to equip the following mods. Keep in mind you can shift some of these around at will.

You can do whatever you like with your remaining energy, whether that’s toying around with Elemental Wells or simply buffing your other stats.

Have a build you recommend? Leave it below in the comments with details on how to put it together!