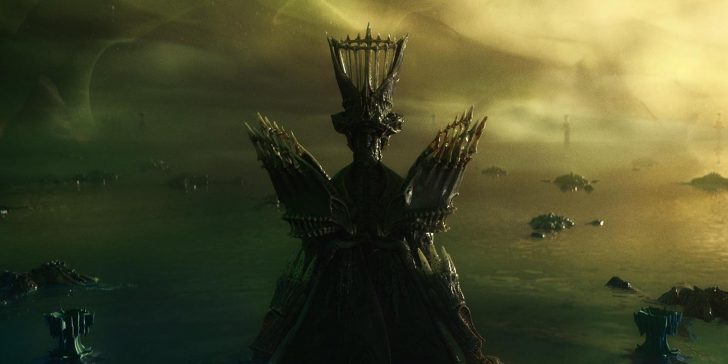 With Destiny 2’s The Witch Queen, the doors to the Throne World are finally open. Savatun introduces herself in the latest expansion with new gear, weapons, strikes, and many other activities to look forward to. Navigating this new era can be overwhelming, but don’t fret — we’re here to help. This guide explains all Destiny 2 Witch Queen bugs, including the confirmed top issues and glitches announced by developer Bungie thus far.

Ahead of the release of The Witch Queen, Bungie has shared a list of top issues being investigated. It’s more than likely that there are more in the horizon, as it won’t take long for players to find new bugs, so make sure to double check this guide throughout the next few days for any new developments.

The list of Destiny 2 Witch Queen bugs is as follows:

PS4 Required Content: The PS4 Required Content can’t be pre-loaded, and instead becomes available at 9 a.m. PT/12 p.m. ET with Update 4.0.0.1. All Required Content is around 72 GB total.
Season Pass: Season of the Risen has a simultaneous launch with The Witch Queen. That being said, Season Passes are applied to the first set of characters that signs in. Meaning that if you plan to cross save but are going to use other characters later, it’s recommended to set up cross save before logging in.
PsiOps Battlegrounds playlist: The recommended Power level for this playlist is 1500, however, it does not display on activity launch.
Overload auto rifle and SMG Artifact mods: Neither of these mods successfully disrupt the health regeneration of Overload Champions after a stun.
Character screen (Xbox only): Opening the character screen on Xbox consoles with a full inventory can result in a “large framerate drop,” according to Bungie.
Grave Robber perk: The Grave Robber perk on The Enigma glaive is currently disabled and can’t be activated. This perk “will be re-enabled in an upcoming hotfix.”
Glaive melee kills: Glaive melee kills do not count toward kill tracker progress and certain melee-triggered perks.
Ghost tracking mods: Certain Ghost tracking mods do not display destination material or chest locations when in the Throne World
Volatile debuff: Enemies with the Volatile debuff may not count for bounty progress when defeated using area of effect damage.
Player buffs and debuffs: Certain player buffs and debuffs may be missing associated icons. Bungie is keeping track of any upcoming reports in the Help Forum over at the site, and sharing any issues that arise via the Top Issues article. Luckily, none of the aforementioned Destiny 2 Witch Queen bugs are game-breaking, but they can affect the experience severely depending on the activity you’re running and your current equipment.

Considering that it’s the release of both the new expansion and Season of the Risen, it doesn’t come as a surprise to see issues ahead of time. At the very least we know what to expect, so plan ahead accordingly. In the meantime, best of luck on your quest to defeat Savathun.